This ABC activity was totally created by my kids so I feel like I’m guest posting on my own blog for this one!  In fact I didn’t even know they were playing their own version of alphabet charades until I went to call them for dinner, but I am so glad I saw them!  They were having a blast and giggling up a storm trying to make and guess each other’s letters. 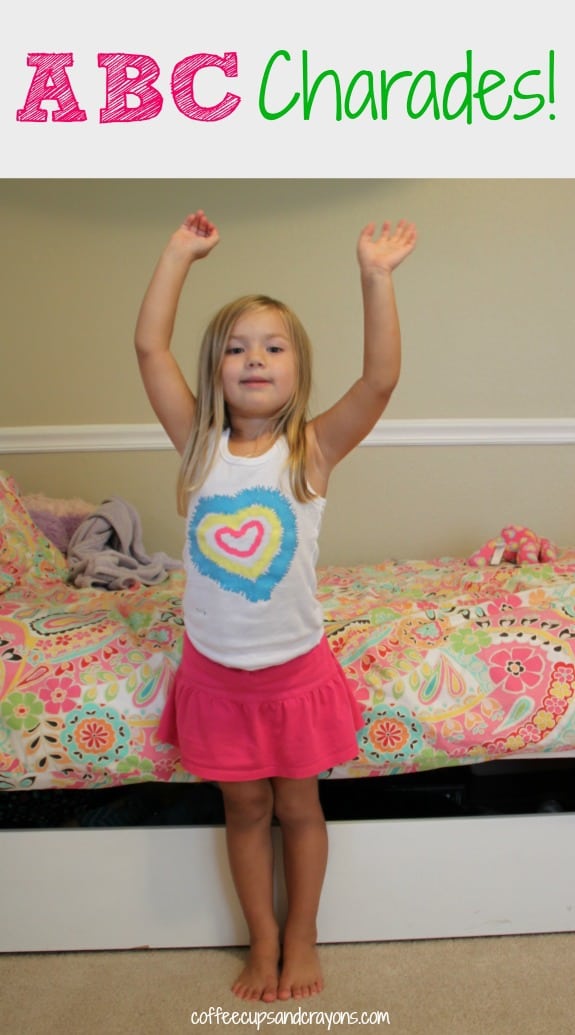 There weren’t hard and fast rules for this game.  They were just taking turns thinking of letters and trying to make them using only their bodies…a twist on the Animal Sound Charades we have been playing lately.

And then would team up to make any letter that required more than one person!  They had tons of fun working together and my preschooler got in some really great alphabet practice.

It’s so much fun to play with letters!

Search for and Match Shapes to their Outlines from Hands on : as we grow