Looking for a simple Halloween kids activity?  We’ve got one that glows in the dark!

Safari Ltd. sent us their Glow-in-the-Dark Halloween Toob to play with and we used it to create a fun matching game! 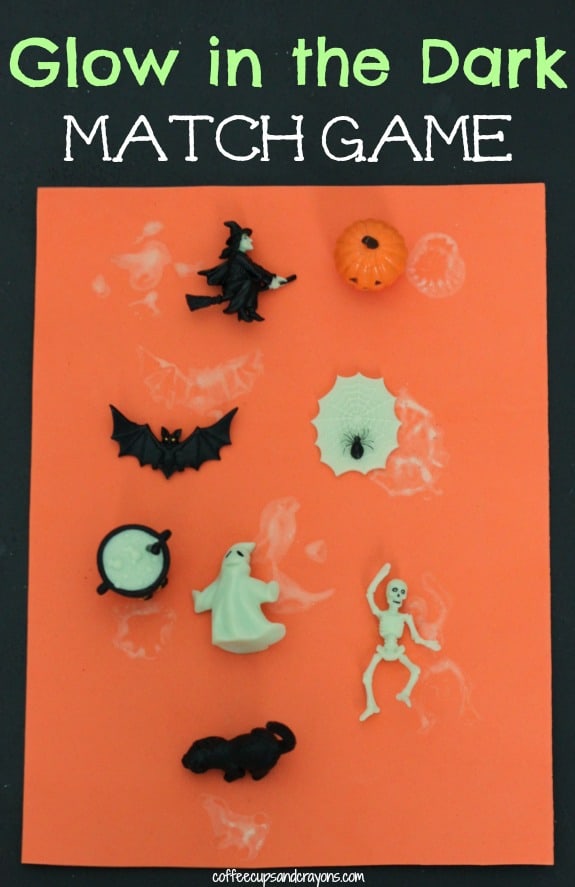 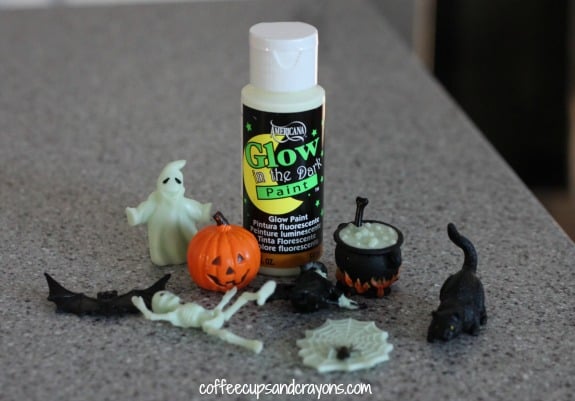 We used Glow in the Dark paint, the figures from the Safari Glow-in-the-Dark Halloween Toob, and an orange foam sheet to make the matching game. 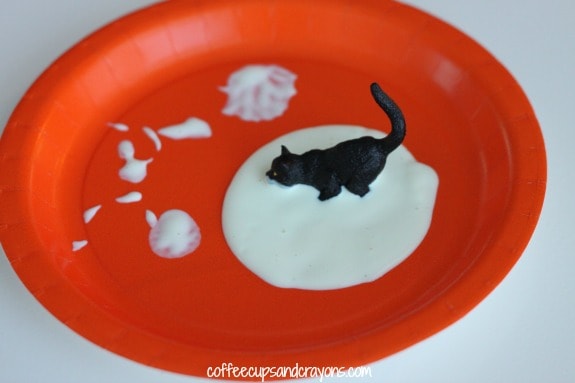 We dipped the figures in the paint and pushed them onto the foam paper.  We were able to get a pretty good print since the foam was a little squishy and we could push the figures into it. 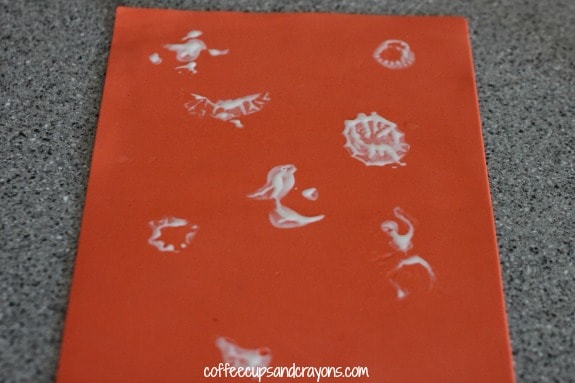 Once it dries you can take the print sheet and the Halloween figures into a darkened room and try to match them!

After they had played a couple times the kids used the glow in the dark foam and figures for some spooky pretend play.  The game could even double as a glow in the dark busy bag for nighttime road trips.  There are so many ways to play with this one!

I had the chance to show off this game on a live Hangout on Air with Carolyn from The Pleasantest Thing, Jackie from Ready Set Read and Melissa who guest blogs for Carolyn.  We each shared different ways to play and learn with the Safari Halloween Toobs so if you have a child who loves to play with the figures make sure to watch!

I cannot wait to try everyone’s ideas with my kids!

Disclosure: Safari sent us the figures to play with, but in no other way sponsored this post.