Let me start by saying that this play recipe was a complete accident! We were actually trying to make a new slime recipe (that totally failed) and instead we ended up with these super bouncy snowballs that are even cooler!

Fun things happen when you mix liquid starch and glue! 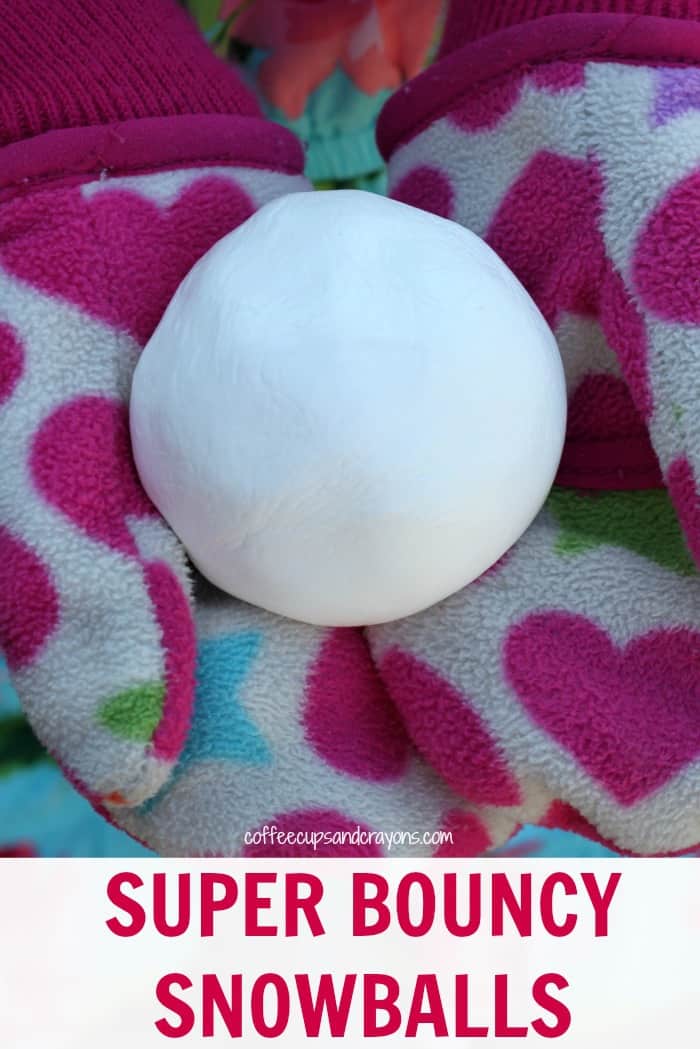 (Affiliate links included for your convenience.)

It’s no secret that we’re BIG fans of science experiments. Especially ones with few ingredients and big results.

This one is especially fun because after you are done you have a super bouncy snowball to play with!

How to Make Super Bouncy Snowballs

Use a non-food bowl or container to combine the liquid starch and the Glue-All. A plastic container you were going to recycle works perfectly.

Add half of the liquid starch to the container and combine it with half of the Elmer’s Glue-All. Stir them together with a wooden spoon. Once they start to firm up add the rest the of liquid starch and glue slowly and keep mixing. You have to mix for longer than you would think. After a little bit it starts to firm up and become a big glob.

Once this happens take it out of the container and put it under warm running water in your sink. Knead it as it’s under the water so it starts to firm up. Then it’s ready to play!

Shape it into a ball and get ready to play! Here’s a quick video I took of the kids playing with it for the first time.

As you can see from the video as it bounces it becomes misshapen and makes a cool noise. Just reshape it with your hands and keep playing! It’s really so much fun. We’ve made it a couple times now and my kids play with it for the longest time.

I just love when science experiments turn into play things! 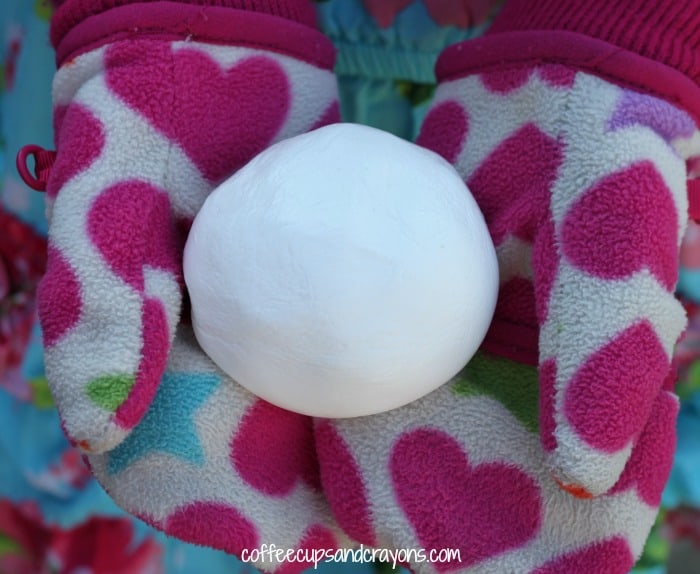 The fun doesn’t have to stop here! Try another super fun science experiment with your kids!

This post was first published on December 29, 2014 but we’re sharing it again because it’s so fun!

Science Experiments You Can Do At Home
Heart Lacing Busy Bag