Fall is here and apples are everywhere!  We have been having fun with apple books and crafts and decided to do an apple science experiment too.  The kids love acid and base reactions, but this time instead of combining them we observed to see what effects they would have on apples. 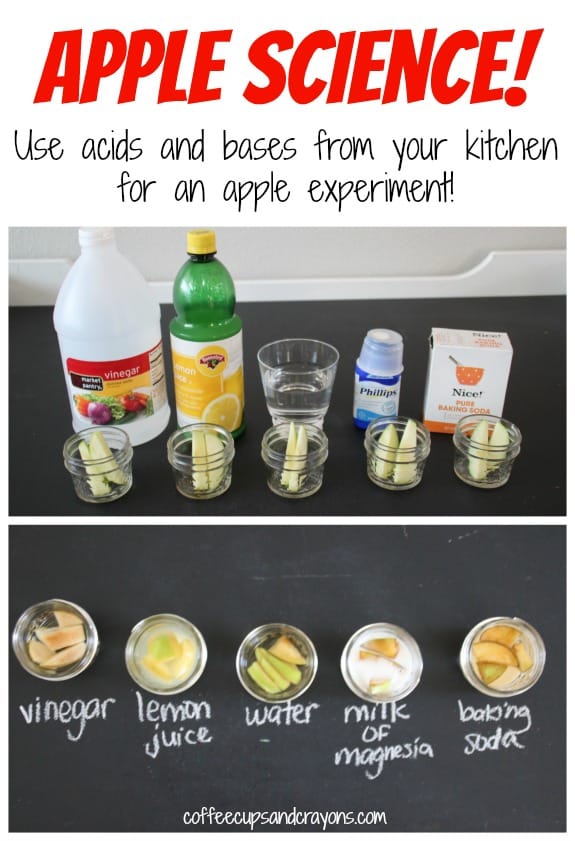 We began by choosing which acids and bases we were going to use.  The acids were easy, lemon juice and vinegar are two we always have, but I didn’t know of any bases other than baking soda! 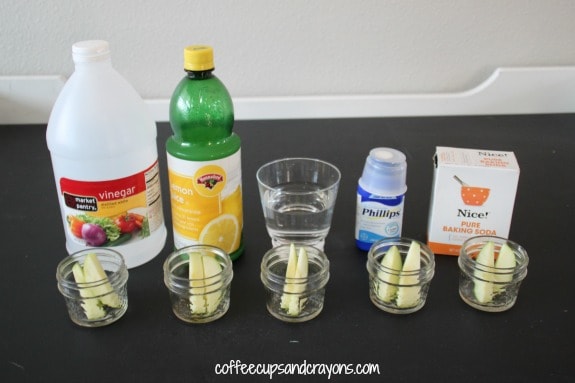 After some Googling we found out that Milk of Magnesia is a base too!  We put apple slices in jars and covered the apples with each of the liquids (I added water to the baking soda to make a solution.) 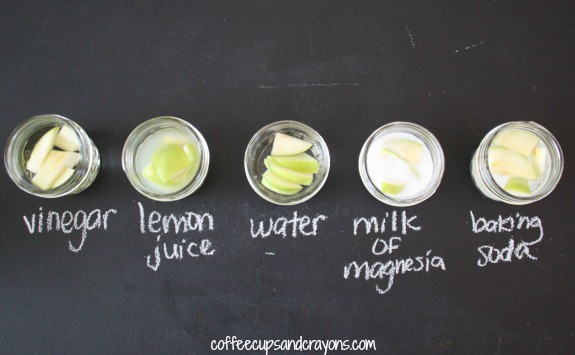 The kids made predictions about what would happen during the apple science experiment and wrote them in their notebooks.  Then they drew what the apples looked like on Day 1. 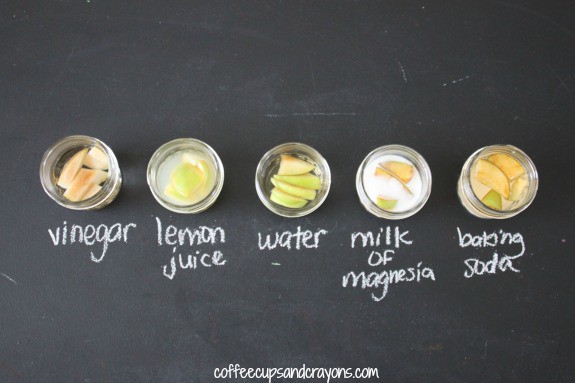 They next morning we checked on them and saw some changes!  The apples in the lemon juice looked great, but the ones in the vinegar, the Milk of Magnesia, and the baking soda had started to turn brown.  The ones in the water were only slightly brown.

We had hypothesized that the ones in the acids would stay fresh the longest and now realized our prediction was not going to come true. 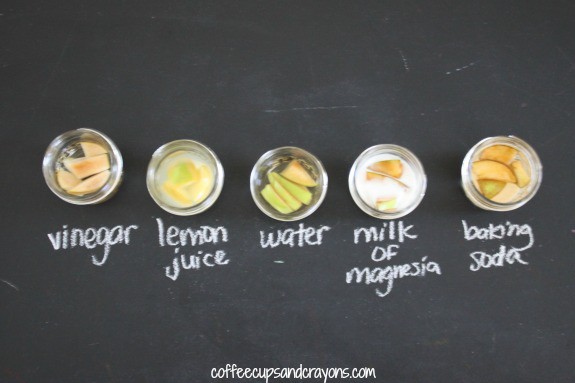 The next day all of the apples were even more brown except the ones in lemon juice!  They were only slightly started to change color.  We concluded that acids in general don’t stop apples from browning, that something else in the lemon juice must be helping them stay fresher.

This was an easy experiment to set up with the kids!  We all learned something new and they got lots of practice making and recording their observations.  It would be interesting to try again with another fall fruit or vegetable.

Apple Bowling Math Game from Me!