It doesn’t take much to make kids happy.  A one dollar bag of balloons seems to create a lot of smiles.  Add some numbers into the mix and you’ve got fun balloon math activities that won’t be forgotten.  These balloon math activities were a hit with my whole crew of kids and we are certainly going to be doing this activity again, soon.

Recently, we had a birthday in our house and ended up with a spare bag of party balloons.  My kids seem to zero in on balloons and it wasn’t long before we had balloons bouncing around our house one random Tuesday.  With a quick draw of my handy Sharpie marker, I was able to whip up few Balloon Math Activities that kept the kids moving and smiling. 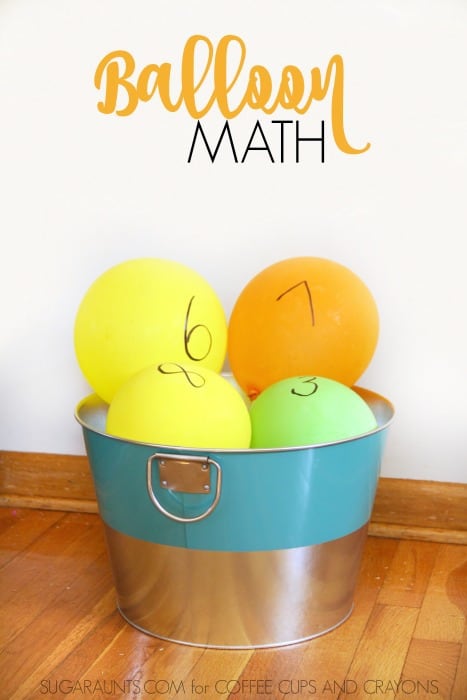 We had most of the 12 balloons in the pack blown up already, so I wrote a number on each balloon.  I kept it to single digit numbers to include all of my kids by accommodating my preschooler and kindergartner.  Once the numbers were on the balloons, we turned our random Tuesday balloon fest into a few different math activities!

At first, we simply bounced the balloons around the room.  The four kids and I tried to keep the balloons off the ground.  When one of us tapped a balloon, we would shout out the number on the balloon.  This number identification activity was pretty simple in terms of math, but it was a great warm-up to other math activities. Besides just naming the number on the balloon, identifying a number that is rotated or upside down is a fantastic way to work on form constancy skills.  This visual perception skill is necessary for reading, math, and puzzle tasks.

After naming the numbers, I had my kids start to add balloons together.  They had to name the number of a balloon that they tapped.  When they popped another balloon into the air, they had to say the number and add it to the first number.  This was a good math skill for my second grader, especially when we added a third and fourth number.  My Kindergartner kept just two balloons off the ground at a time so that he only had to add two digits.

There were a lot of giggles as the five of us tried to keep 12 balloons off the ground.  It was a fun math and movement activity, for sure! 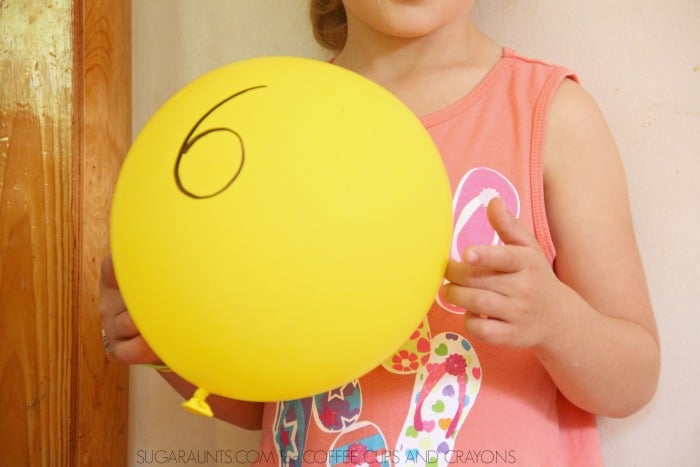 There are a few more ways that you could use this idea to work on math concepts.  Try some of these: 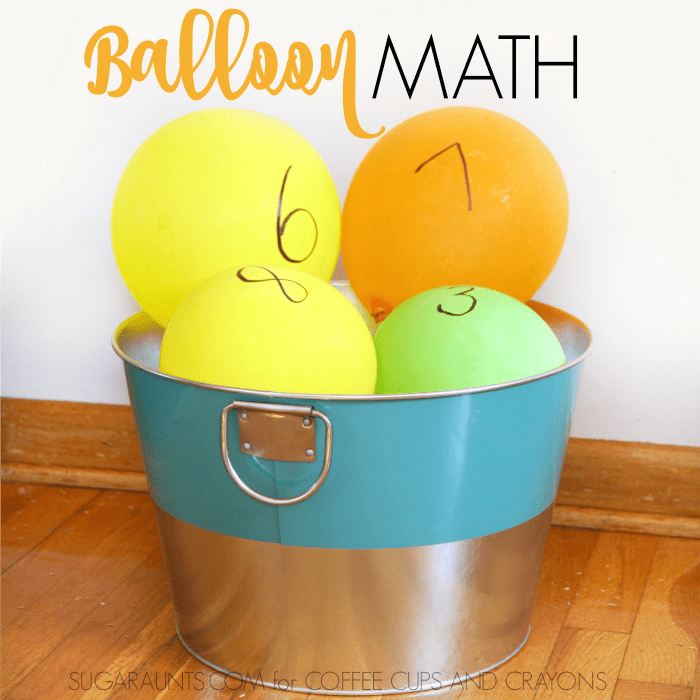 You might want to try this balloon sight word activity, too.

Try these active math games for more movement and learning.

How do you make math activities more fun?  Let us know!

Colleen Beck, OTR/L is an occupational therapist with 20 years experience, graduating from the University of Pittsburgh in 2000. Colleen owns and authors www.theottoolbox.com, where she inspires therapists, teachers, and parents with easy and fun tools to help children thrive. Colleen is passionate about play and strives to empower those serving kids of all levels and needs.