We are big fans of cool science experiments, especially when they are simple to set up!

This lava lamp science project doesn’t make a real lava lamp, but it is a great way to talk about density while watching your homemade lava lamp swirl.

You know you’ve always wanted to know how to make a lava lamp! 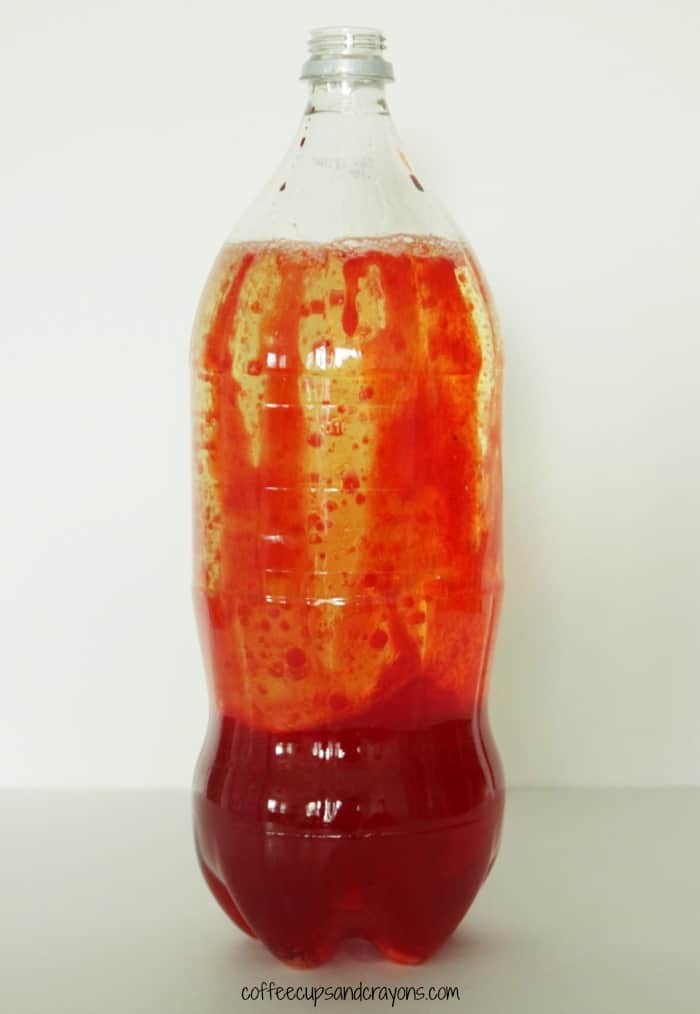 How to Make a Lava Lamp 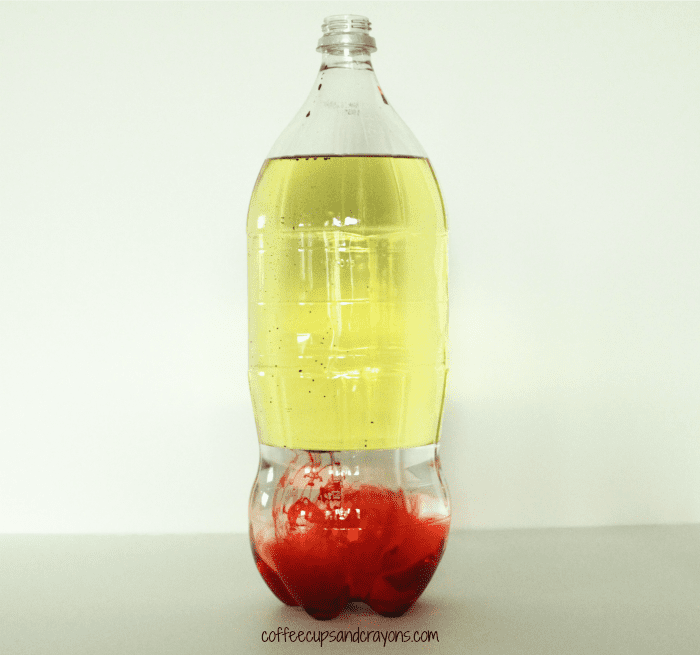 This part is almost as cool as the lava lamp itself!

The food coloring is more dense than the oil so falls right through the oil and mixes with the water. This is a great time to talk about the density of different liquids. 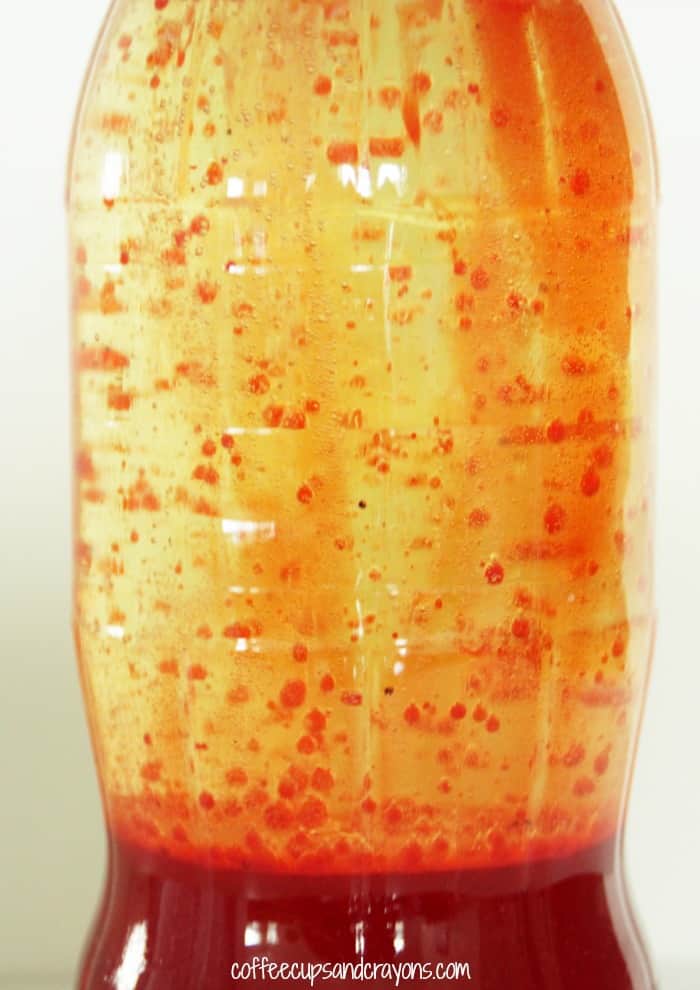 Now it’s time for the action!

4. Break up the Alka-Seltzer tablet and add it to the top of the bottle.

Once it slows down you can keep adding new Alka-Seltzer tablets to start it again and again!

Science Behind the Homemade Lava Lamp

Oil does not dissolve in water so when they are added to the jar they separate. The less dense oil rises to the top while the more dense water stays at the bottom.

Food coloring dissolves in the water, but not the oil. As it is added to the bottle it “falls” through the oil and then begins to mix with the water.

Once the Alka-Seltzer is added to the water a reaction occurs and the tablet pieces begin to release carbon dioxide bubbles. This causes little bubbles to temporarily swirl the colored water throughout the oil making it look like a lava lamp.

It’s so much fun to watch! 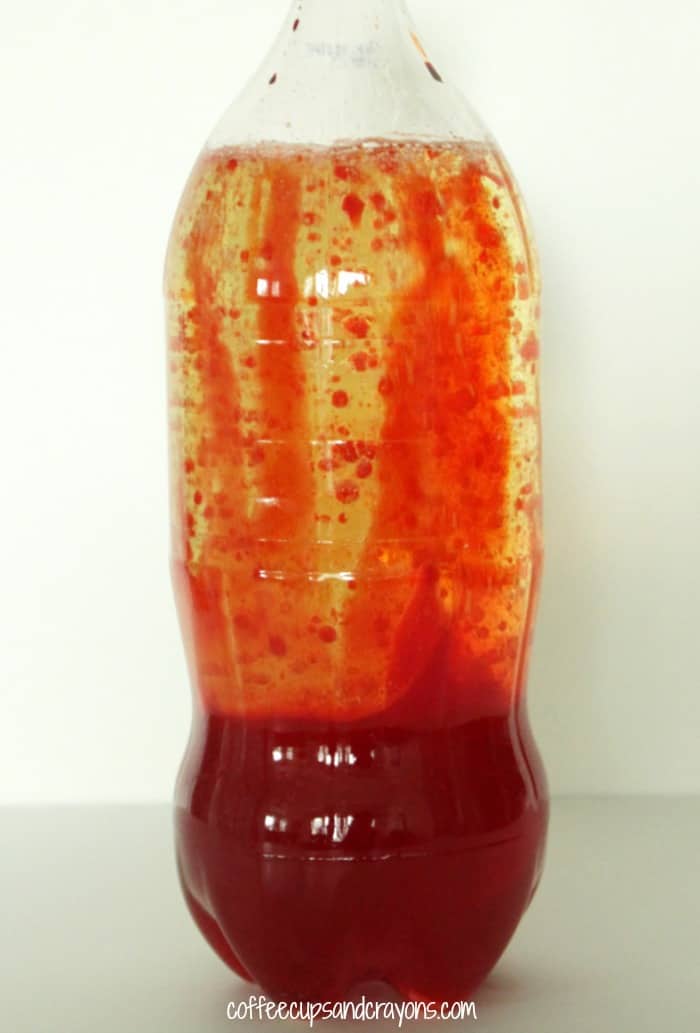 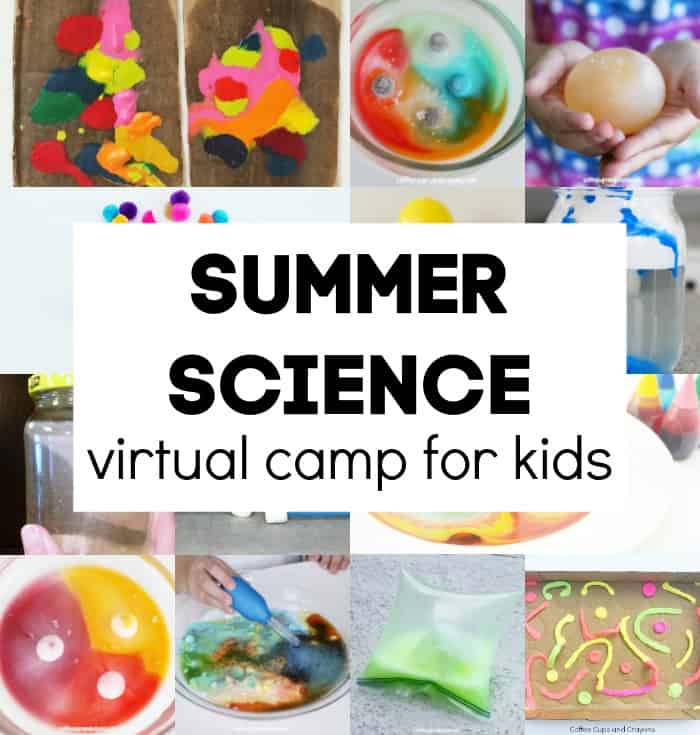 We also have TONS of science experiments your kids will love on our Super Cool Science Experiments for Kids page!