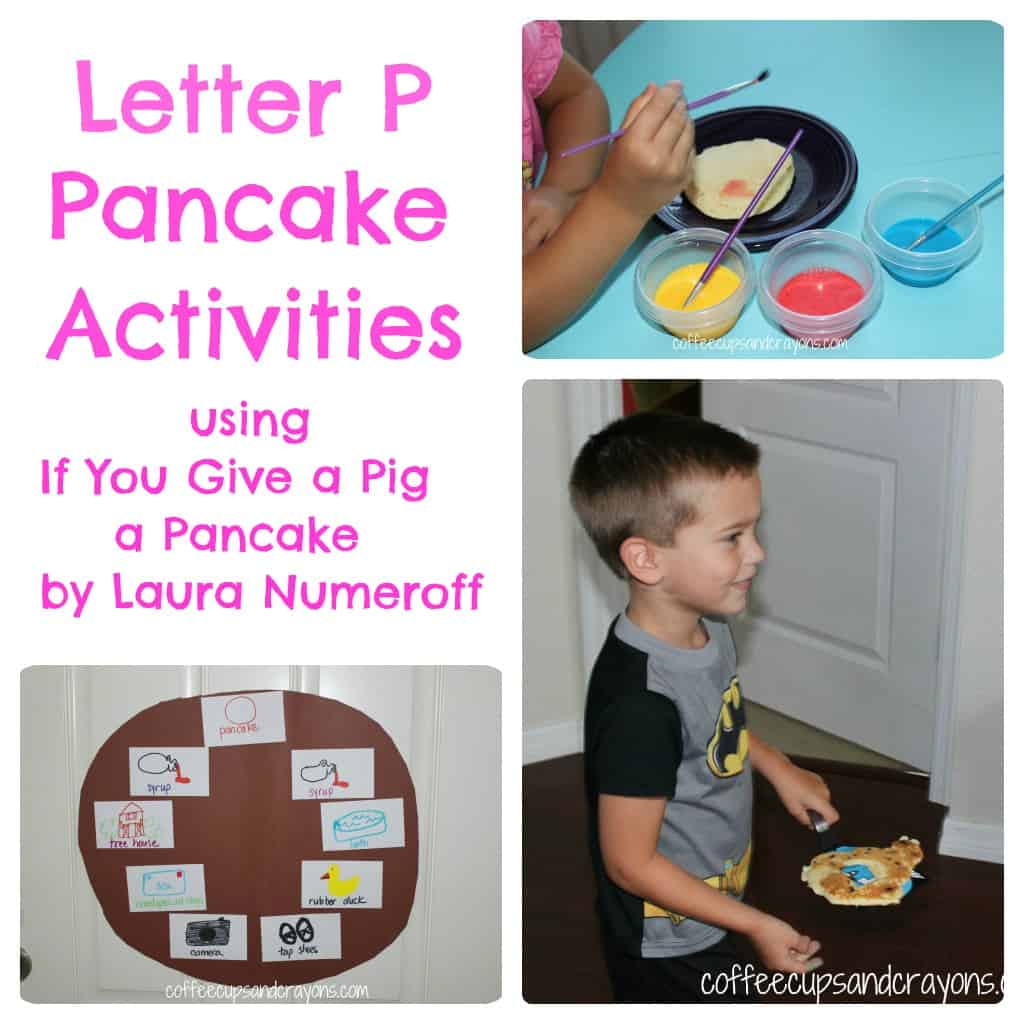 After school got out for the summer my oldest went to camp each morning for a week.  The younger two were bummed they were missing out on all the fun so we invited some of their friends over for a pancake themed play date! 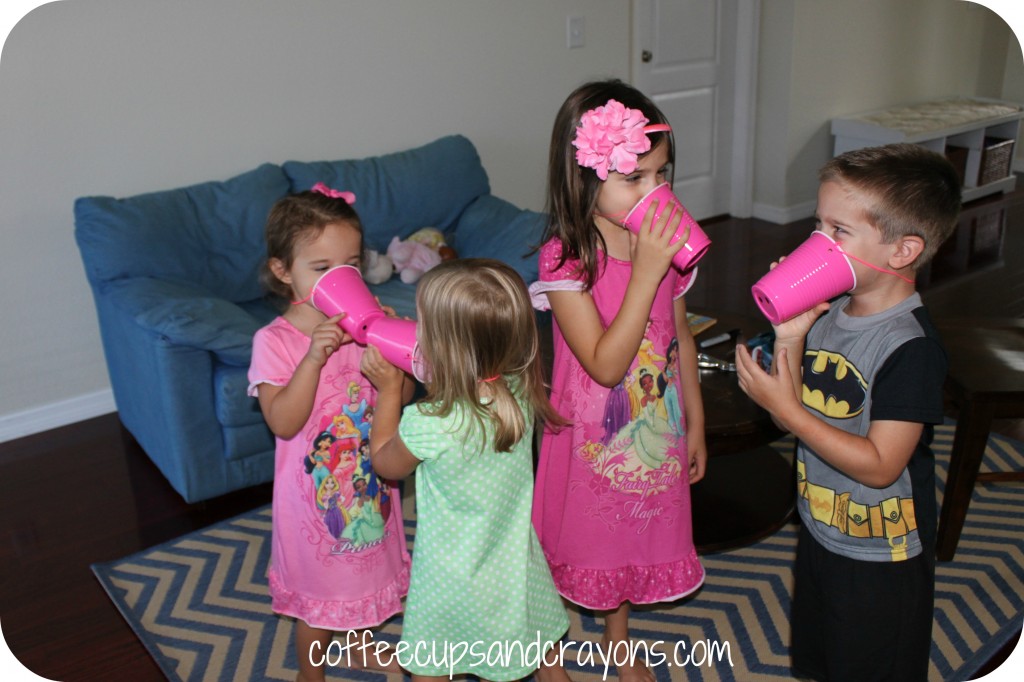 Everyone wore their pajamas to get into the letter P and pancake spirit and we started off the fun by making pink pig noses! (Did you catch all the P words so far?) We talked about the sounds animals make and how letters make sounds too.  Instead of oinking they pretended that they were pigs that said, “Puh!” and had lots of fun puh-ing around the pretend pig pen.

*Note: I wrote puh with the uh because it was the closest I could get to spelling the P sound.  When making the P sound you actually want to make sure your jaw is dropping and there isn’t any “uh” sound at all.  It’s more of a lip popping sound and motion.  Teaching kids the correct way to make each sound helps them as they start to put the sounds together to read and spell words.* 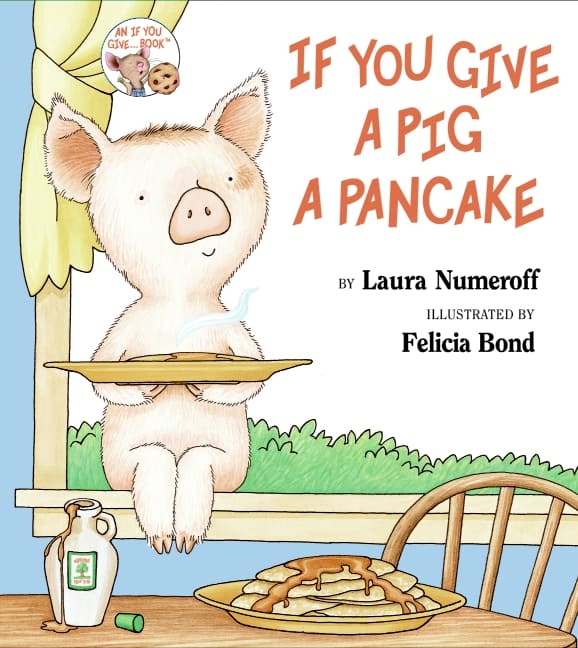 After being little piggies they were ready to read!  We read If You Give a Pig a Pancake by Laura Numeroff which is one of our favorites.  The kids love to predict what the pig will ask for next and as you can tell by the title there are lots of P words to play with.  After we read and discussed the story the kids got to put their noses back on and “puh” when we found the letter P. 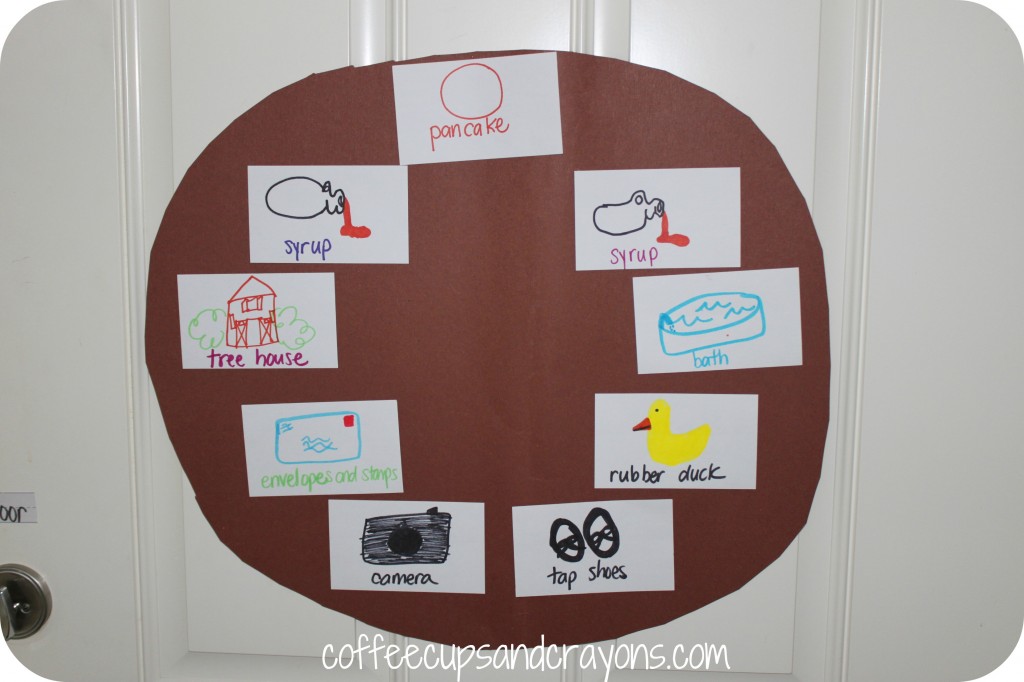 If You Give a Pig a Pancake is a circular story, the plot line literally comes full circle, so what better way to sequence the story events than on a round pancake!  They all did a fantastic job of recalling story events and then placing them in order–such a great book to use to work on these skills. 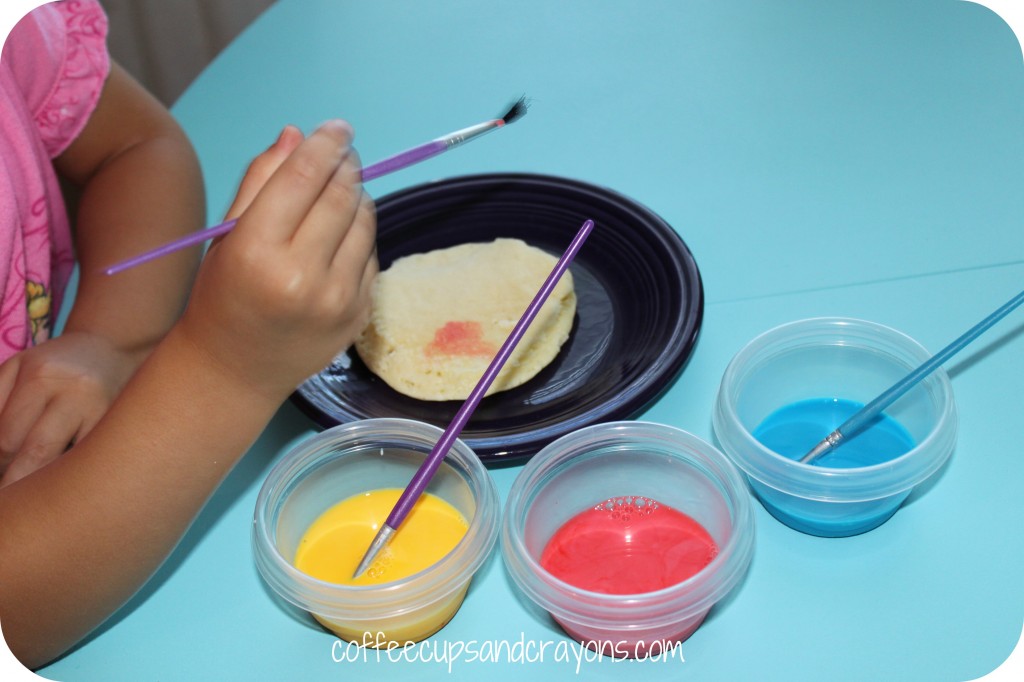 By this time the kids were ready for a snack so we painted some pancakes to eat!  My husband premade a bunch of pancakes for the kids the night before and they used a mix of food coloring and 2% milk to paint designs on the cold pancakes. 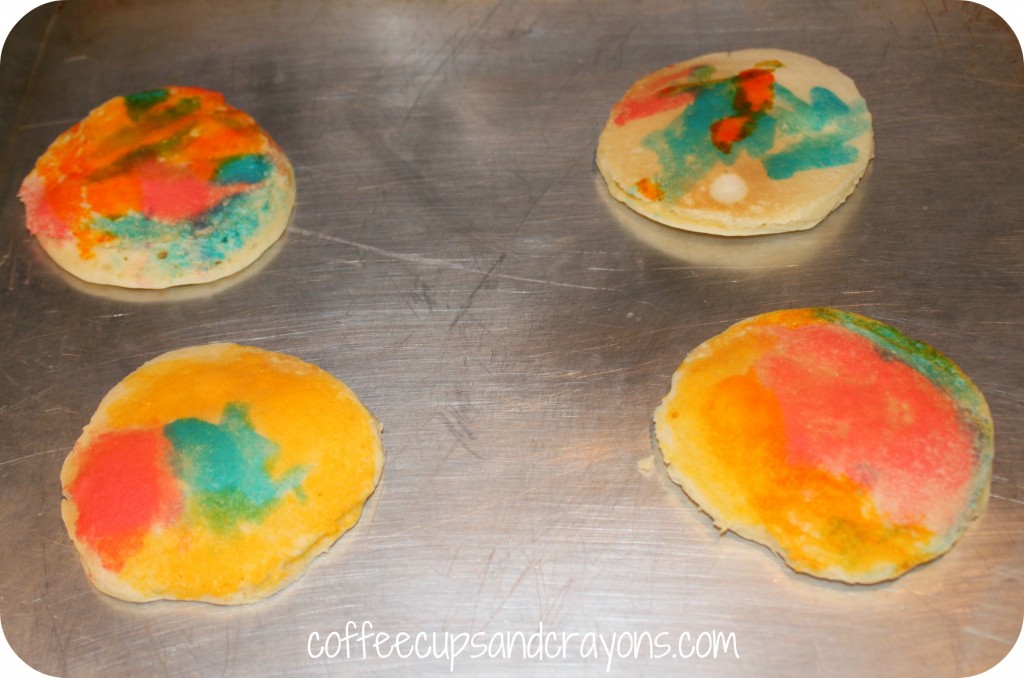 Then I put them in the oven to warm and dry the designs while they kept painting.  I love how fun the colors look on the pancakes–we usually only paint toast and I can’t wait to do this again.  It would be so much fun for a birthday breakfast! 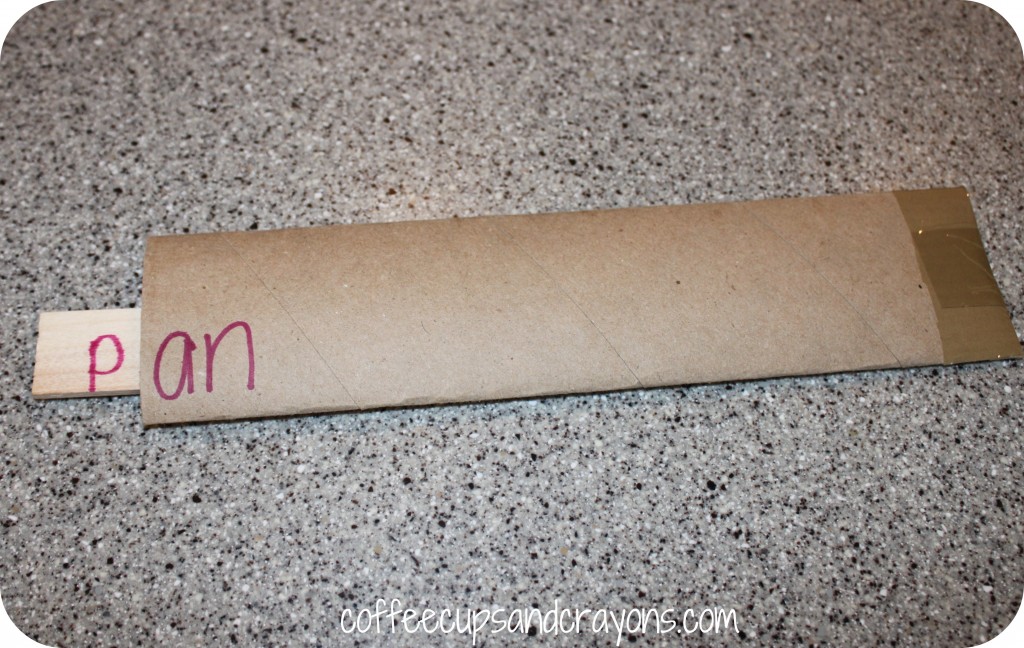 While they ate the 4 year olds played with our word chunk sliders.  The first word the “an” chunk slider makes is pan so it was perfect to start with.  They had fun sliding the stick to make and read the different “an” words and came back to them later to work with other word families too. 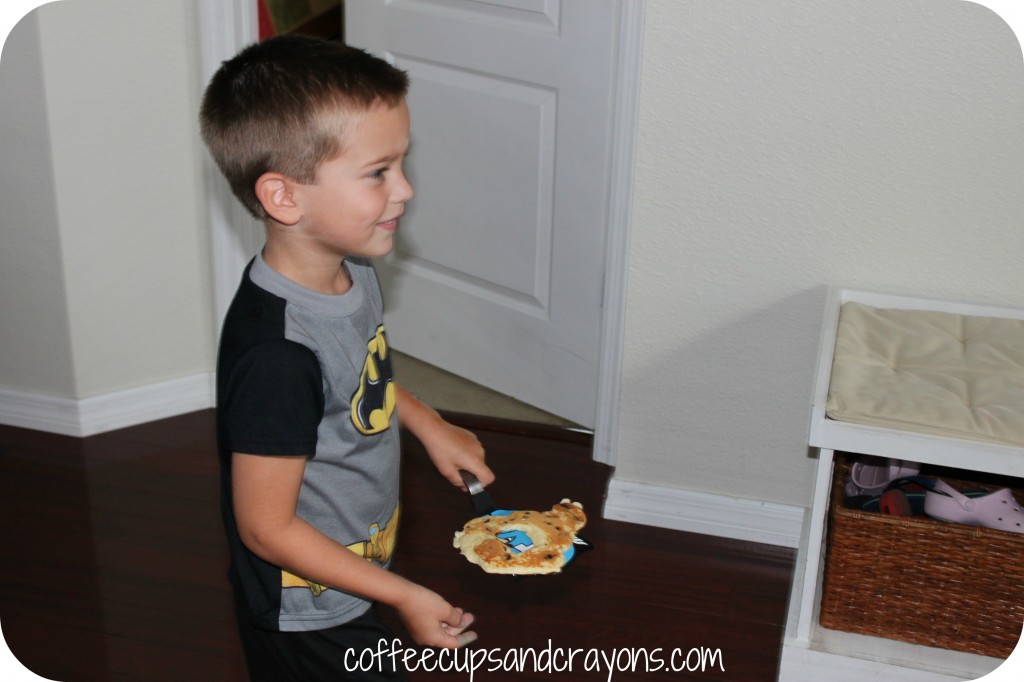 Then it was time for some games!  They had a blast with the pancake relay. 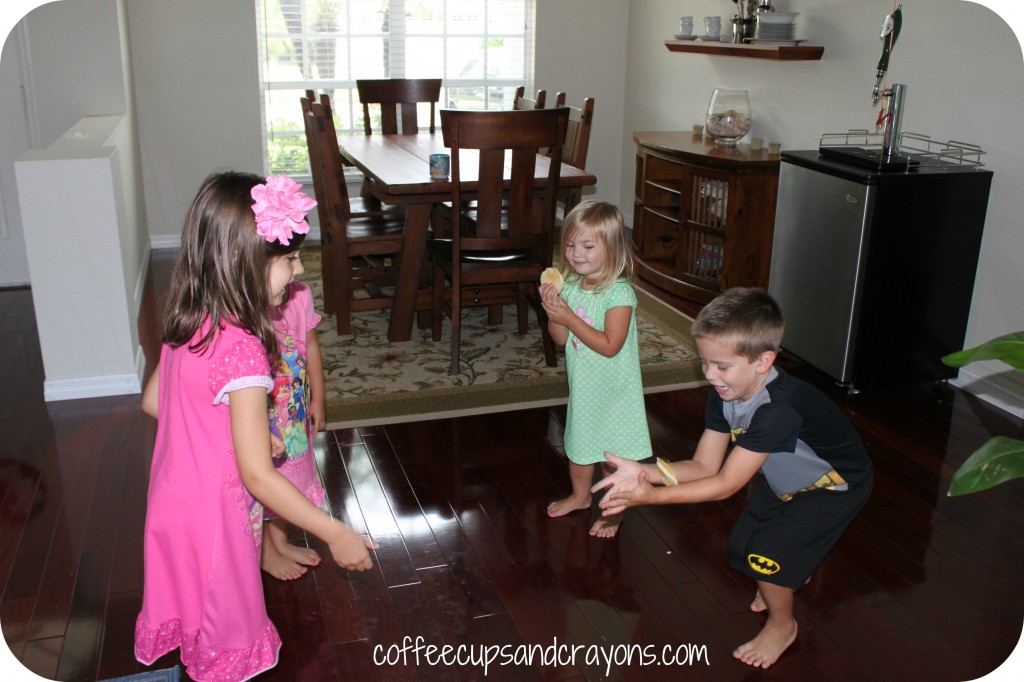 But the pancake toss was much more fun for me as a spectator!  It was hysterical to watch them practice their gross motor skills by trying to toss and catch the pancakes.  There were definitely a lot of giggles during this one! 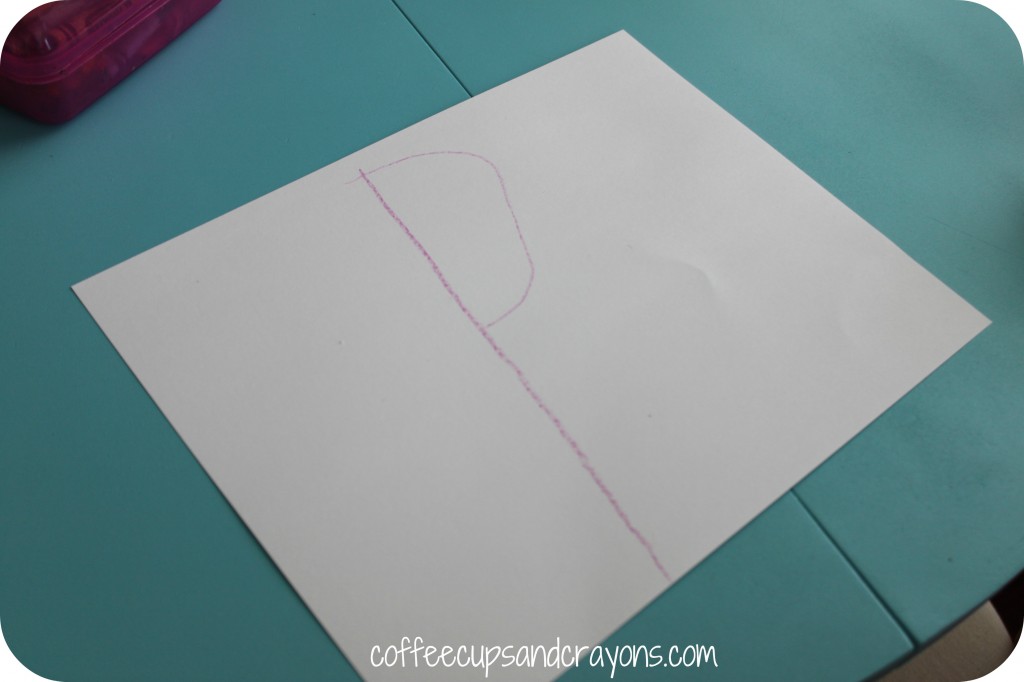 After some games we practiced writing Ps a couple ways and then turned the letter P into a picture!  The 2 and 3 year olds made the P into anything they wanted and the 4 year olds turned their Ps into pictures of P words–including a great big pizza! 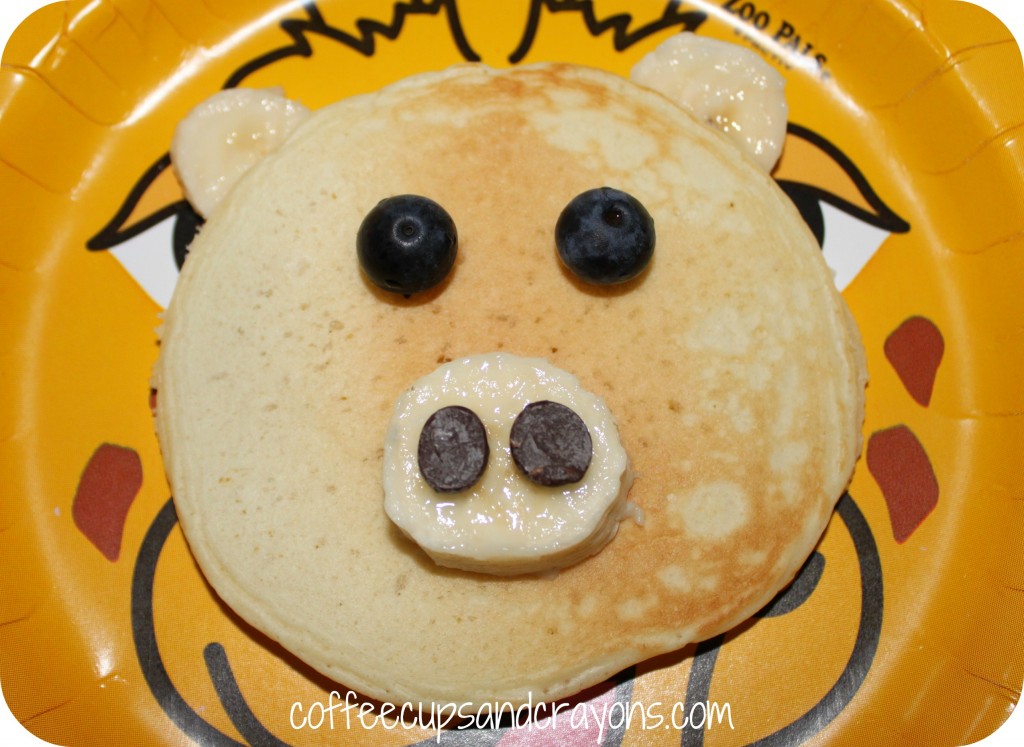 Then it was lunch time!  More pancakes, of course.  Each of them got a pancake pig, scrambled eggs, OJ, berries, syrup, and even some mini-chocolate chip pancakes! 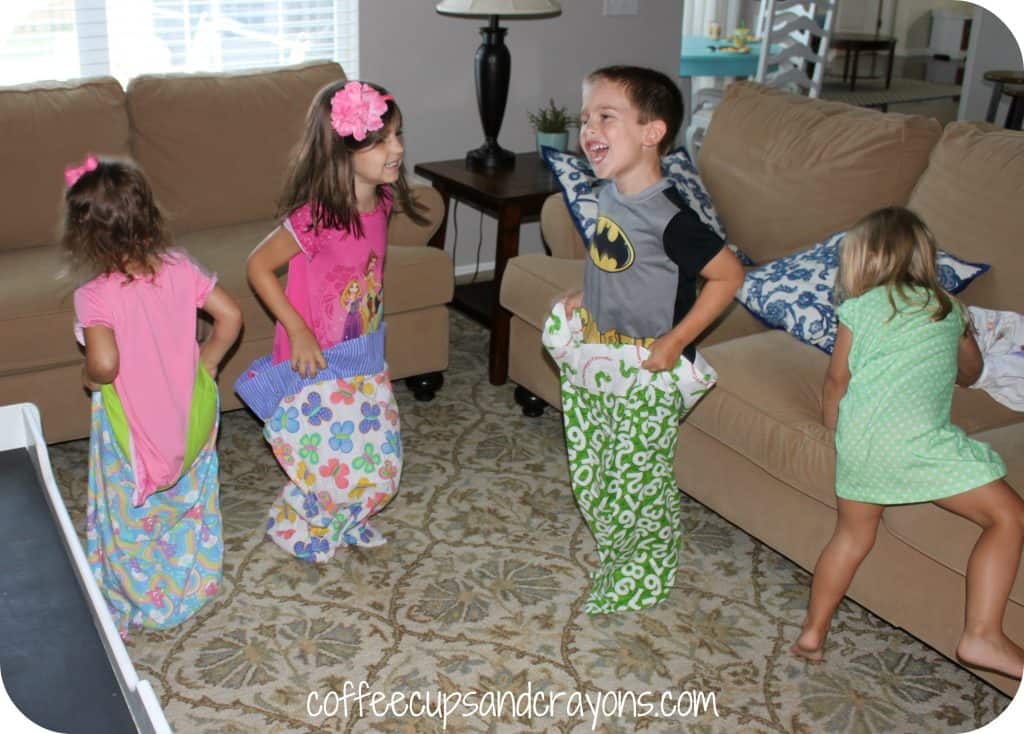 After lunch we had time for one last game–pillow case races! There are so many fun things you can do with pancakes and the letter P.

What other If You Give a Pig a Pancake activities have you done?