Make learning fun with these Kindergarten Common Core math games for counting forward from numbers other than one. Playing with numbers and using hands-on games is a great way for kids to internalize math concepts! 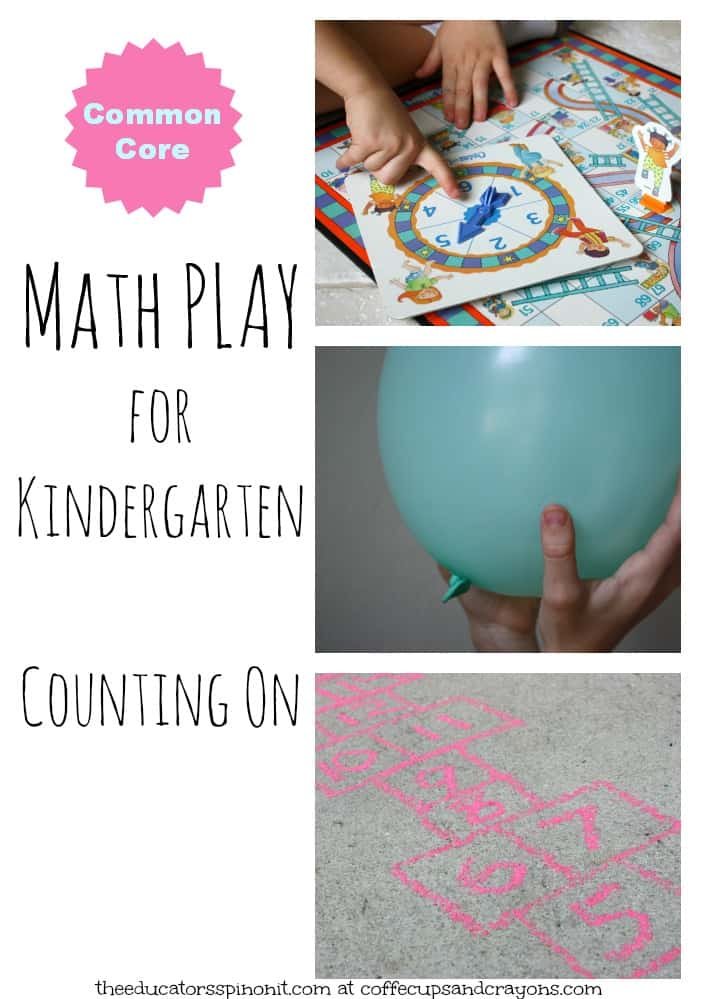 Today I’m going to show you three fun learning games that I play with my kids to teach them how to count on, while having TONS of fun too!  I’d love for you to visit my blog, The Educators’ Spin On It for even more math play ideas such as Real Life Measurement Practice and Making a LEGO Number Garden

Counting is such an important early math skill.  If you have been counting with your child at home already – YEAH!  What a great parent you are!  Keep up the good work and add a little challenge to your counting activities – by starting at numbers other than one.

Common Core Standard CCSS.MATH.CONTENT.K.CC.A.2 States that kindergarten students should count forward beginning from a given number within the known sequence (instead of having to begin at 1).

So what would we be doing at home to enrich our kindergarteners mathematics? 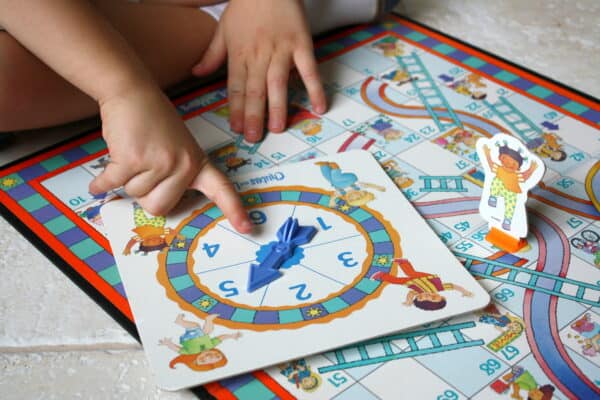 Chutes and Ladders can encourage counting.

Have you even played Chutes and Ladders?  The game requires children to start counting from a number each turn.  Most of the time, my kids want to spin the spinner, then count that number and be done.  I like to challenge them by asking them to figure out in their head which number they would land on first, and then let them count it out.  This takes the game of Chutes and Ladders to a whole new level of math and encourages a higher level of thinking. 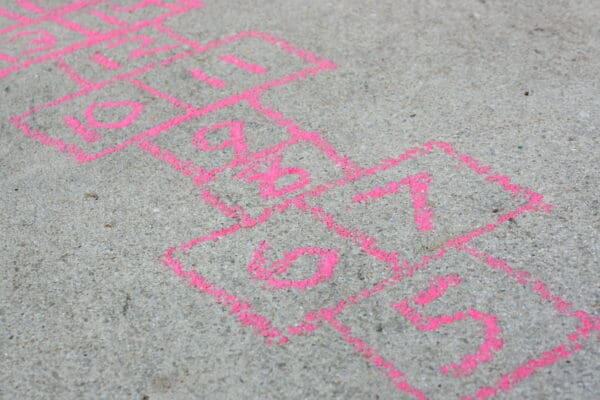 Hopscotch (with a twist) combines movement and counting on.

How about the classic game of Hop Scotch?  Did you know that you don’t HAVE to start the game at 1?  Sure, most of us do.  But what happens if it starts at 5?  Yes, the children will start counting at numbers other than 1.  AND, you can extend the hopscotch game board to make it extra-long (which means more numbers). The rules can change slightly so that they throw one game marker, hop to it, pick it up, then throw it again. (which means more counting and more opportunities for them to start counting from numbers other than 1) 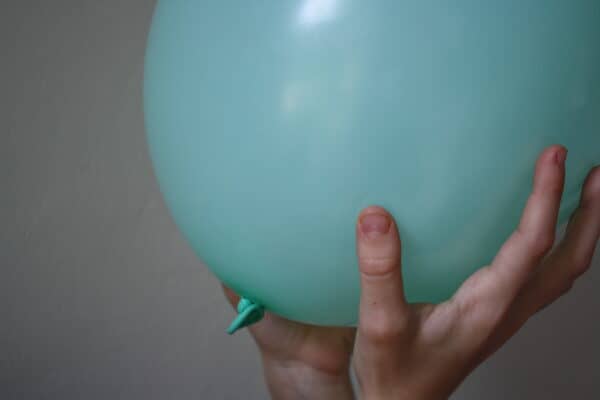 Create a new game, Count On, to practice starting at numbers other than one.

These learning games can be a LOT of fun with your kindergarten while enriching their mathematics at the same time. 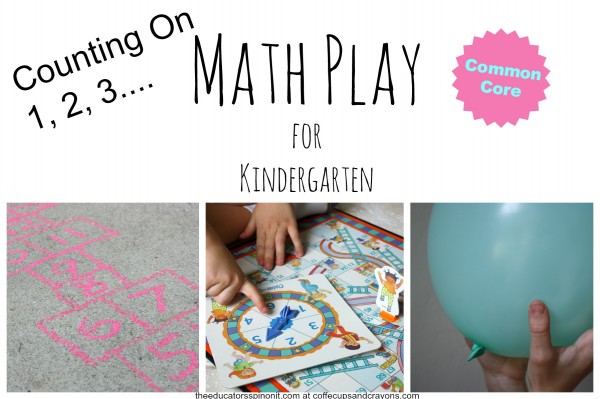 What are your favorite math games to play with your child?

Amanda Boyarshinov is a master teacher and one of the bloggers behind the parenting and education site: The Educators’ Spin On It.

She shares her teaching knowledge with parents everywhere through her creative, inventive articles.