This cute mouse house craft was my 4 year old son’s idea. He saw the granola bar box and placed his toy mouse inside. We found a book at the library that goes along with the craft perfectly. {Affiliate links are included in this post.} 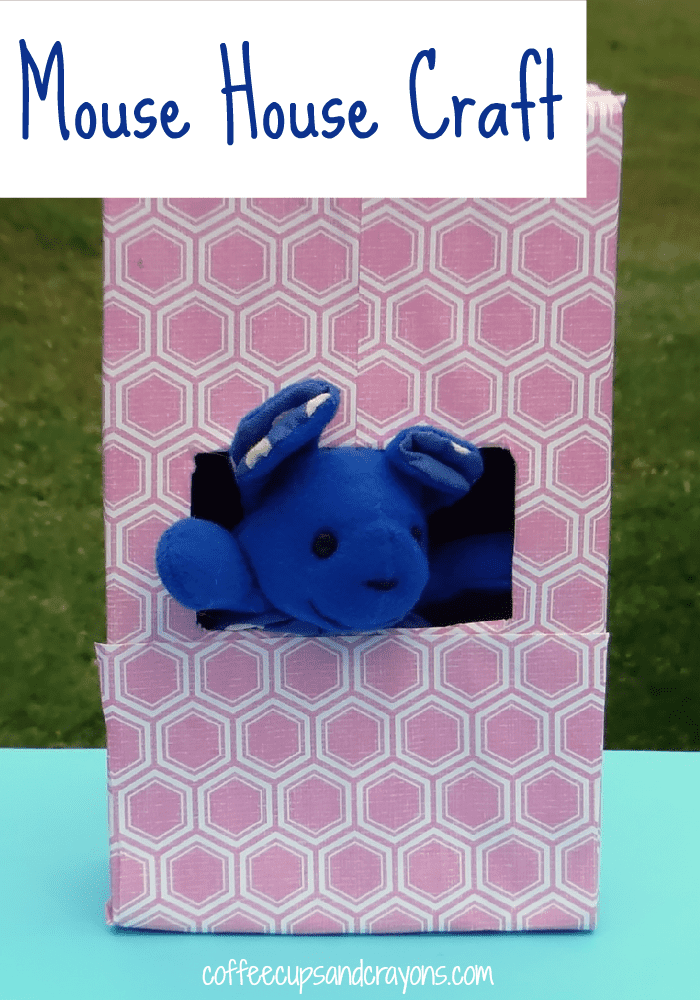 A New House for Mouse

A New House for Mouse

by Petr Horacek is a cute story about a mouse searching for a new house that can fit her and her apple. Mouse peeks into the burrows of several animals to see if they are willing to share their homes. Each page of the book has a die-cut hole that represents the holes of the animals’ homes. Kids will love turning the page to see who is on the other side.

We read A New House for Mouse and then set off to make our own mouse houses. You can make one, too.

Aiden, his friend Lindsey, and I each made a house. At first, Aiden didn’t want to change anything about his house. He liked it the way it was. {After all he had been playing with the cardboard box and mouse for a few days before we decorated them.} 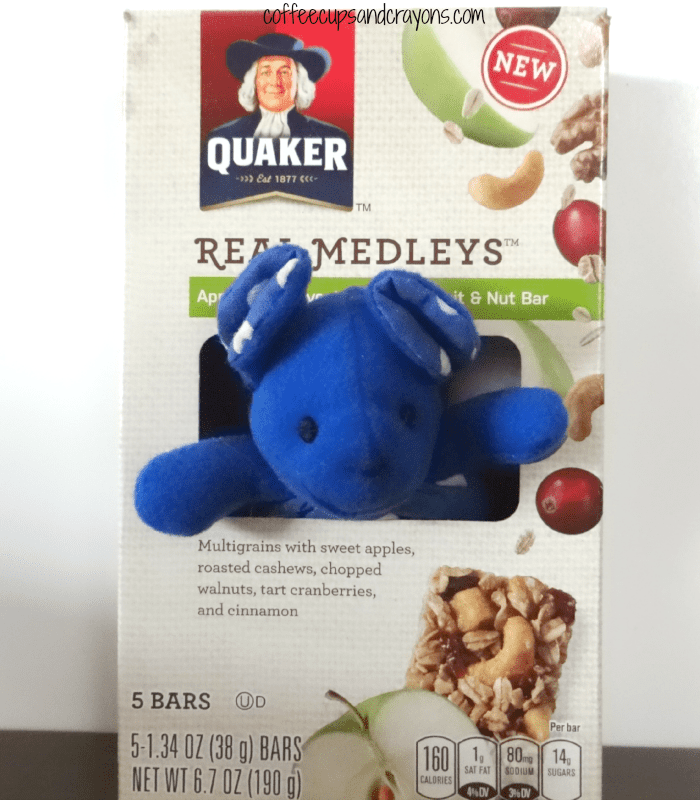 Then, he decided to add a few things to his house – red paper attached with masking tape and stamped with his name in green letters on the back. 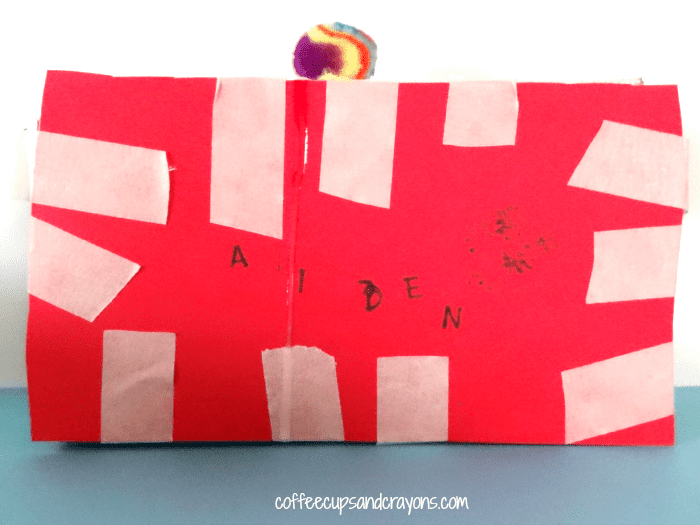 He added glitter glue in a few specific locations and a piece of pipe cleaner to the front. Done. Then, he was off creating other projects with cardboard and googly eyes. 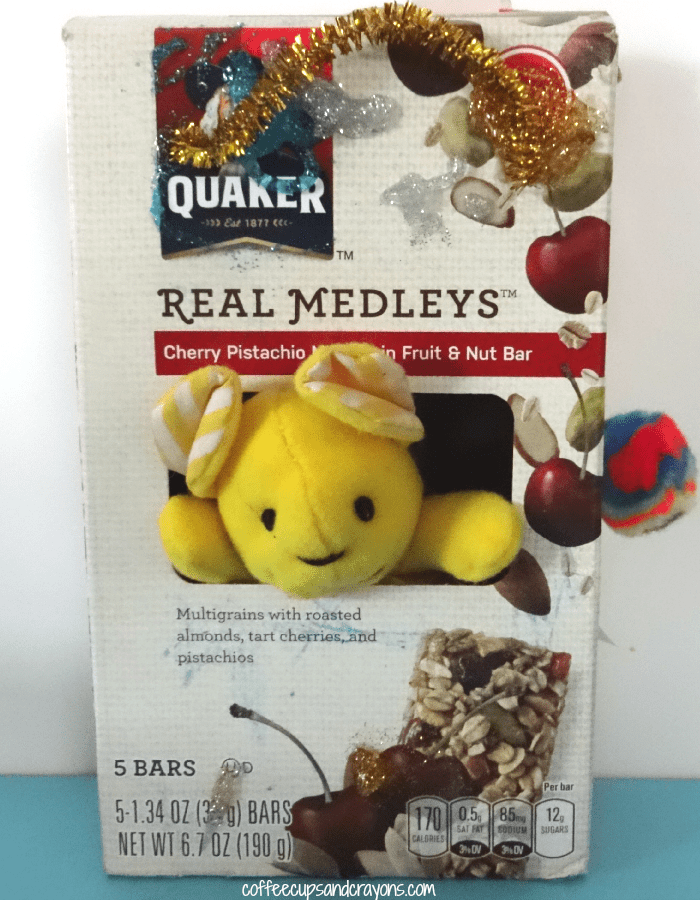 Lindsey had an idea that took a bit more time. She wanted to cover the front of her house with rainbow pom poms that Craft Project Ideas sent us. I poured glue into a container, so she could easily dip the pom poms in and then add then to her house {much faster than squeezing glue onto each individual pom pom}.

Then, she taped a cardboard tube to the bottom of the house. Her intentions were to next add a striped green paper to the tube that would serve as a ladder. She saw the pipecleaners and started making butterflies and letters instead. 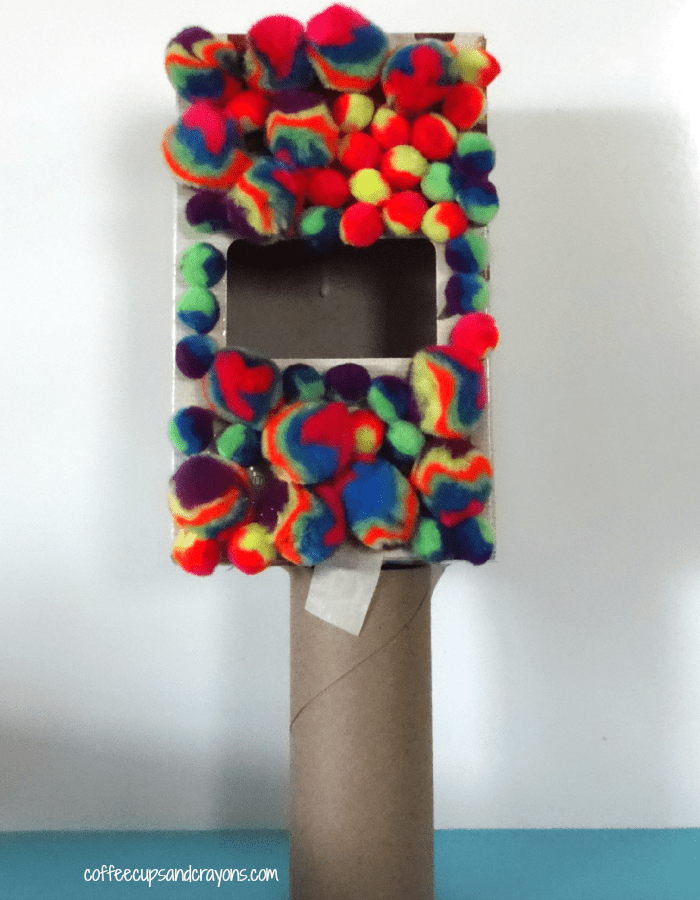 I love how both kids started with one project {that was suggested by me} and moved onto their own creative projects. They spent the whole morning happily crafting away.

When I envisioned the mouse house craft, I thought we would first cover the cardboard boxes with paper. I selected a 12 inch square piece of scrapbook paper and glued it onto my box. 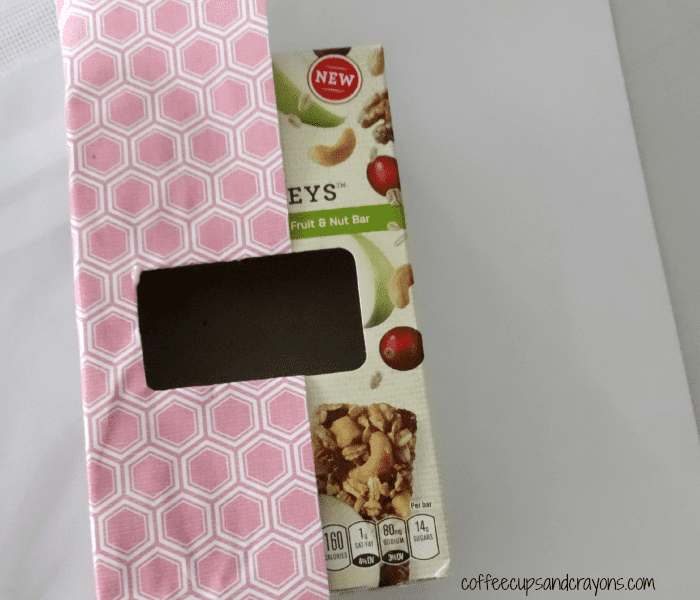 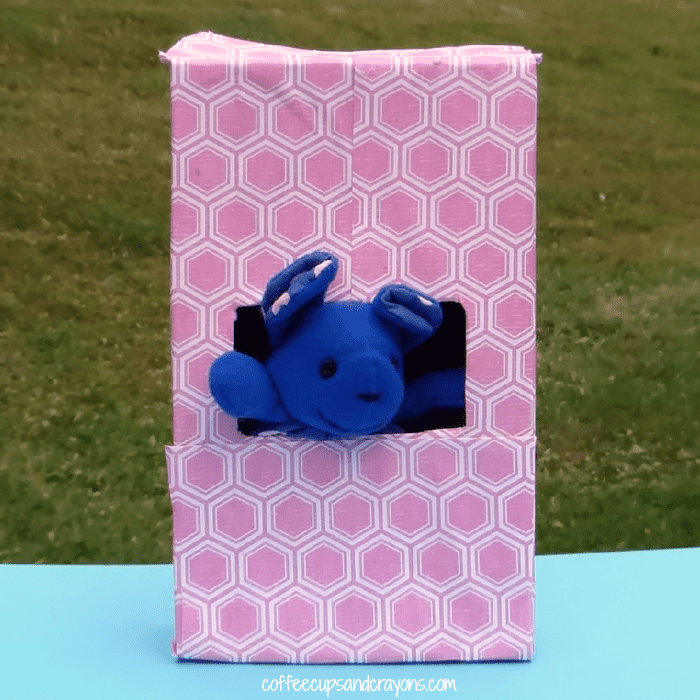 How would you and your kids decorate your houses? What animals would you put in the house?

Trisha is an educator with a passion for science literacy and mom to Aiden and Lily. She's the creator of Inspiration Laboratories, a blog dedicated to encouraging learning through creativity and play, and Read Science, a blog that showcases science activities inspired by children's books.