A science experiment that ends in candy is sure to motivate kids! You can show your kids how to make rock candy and learn about crystals at the same time. 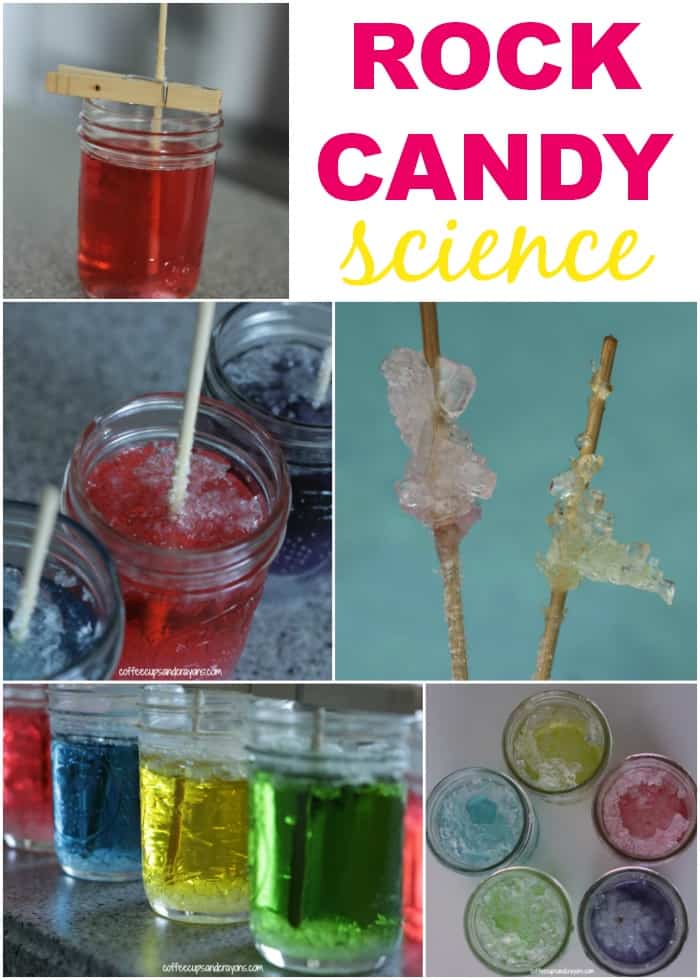 Rock candy is simple to make at home, but it does take awhile for the crystals to form. This gives kids a chance to make observations over a period of days which is a great way to teach them to think like scientists! 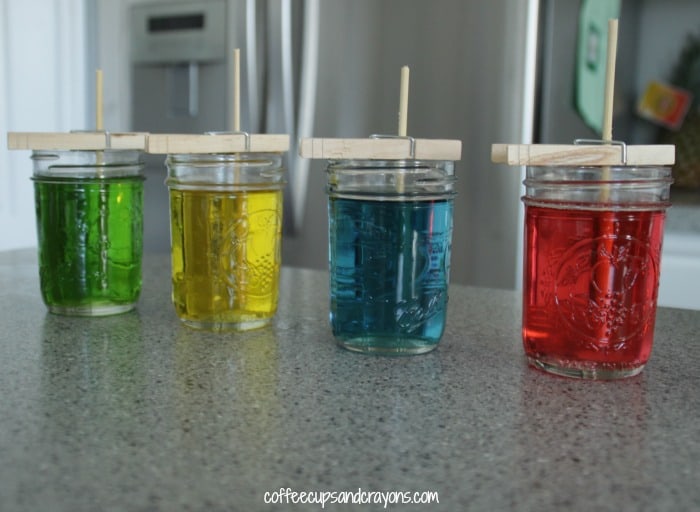 How to Make Rock Candy:

We used the amounts above in each of our jars so you may need to double, triple, etc depending on how many you are doing.

Boil the water and slowly add the sugar until it all dissolves, this takes awhile. Add the color while it’s boiling if you want your candy to be colored. After the sugar has completely dissolved take it off the heat and let cool.  Pour the sugar water into the jar. 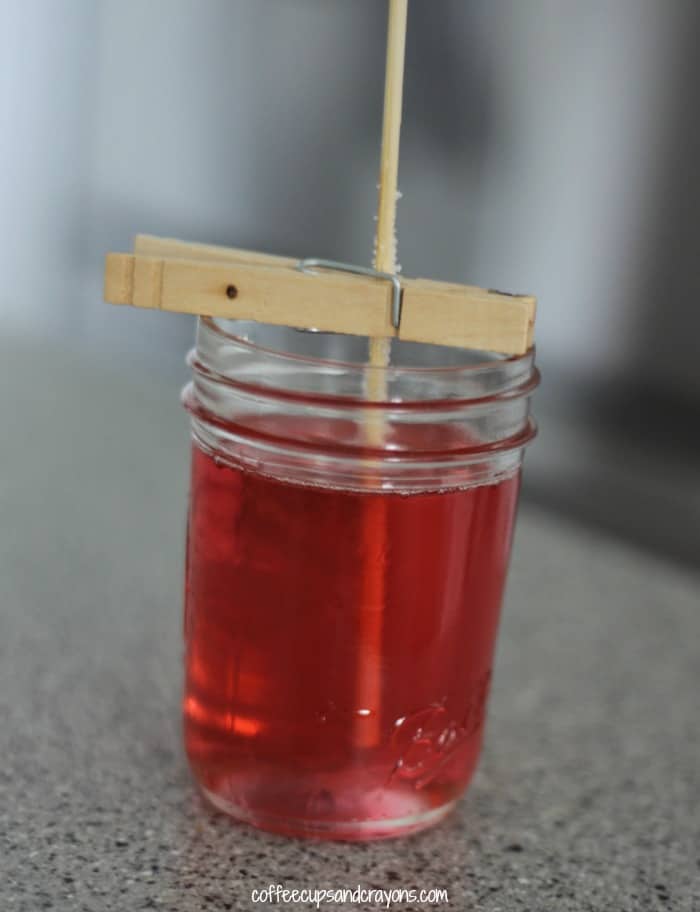 Wet your sticks with some of the sugar water and then roll them in more sugar.  This will help the crystals form on your stick. Be careful though, if your water hasn’t cooled yet the warmth will dissolve it.

Hang the stick in the sugar solution with the clothespin and set the jars somewhere they won’t be disturbed. Have the kids observe what is going on inside the jar and on the stick. 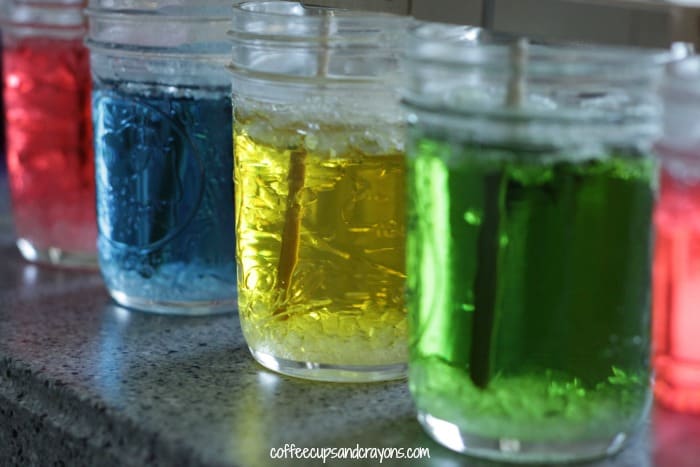 After a few days you can see crystals forming on the stick and on the sides of the jar.  If you are making rock candy to eat you will want to keep changing out the sugar water to dissuade crystals from growing on the side and to keep the bugs out!

We were just growing ours to observe and not to eat so crystals growing along the sides and top of the jar worked out perfectly. 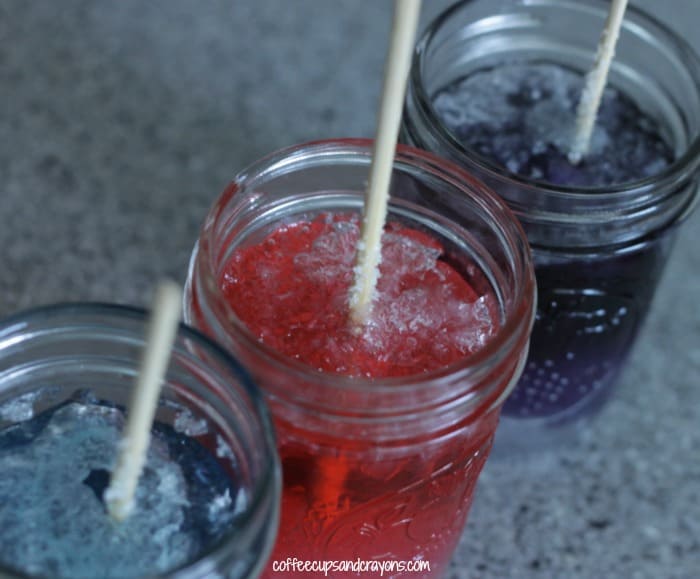 After about 10 days the crystals are fully formed and you can pull the sticks out.

We actually ended up leaving ours for, ahem, 20 days because we forgot to take them out before we went on vacation! 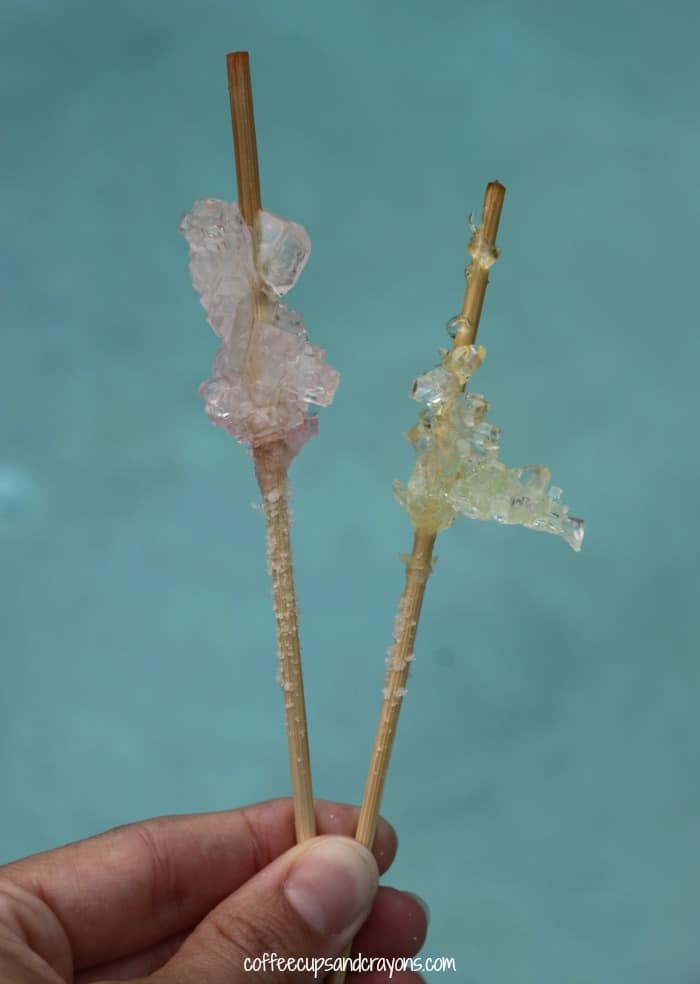 We pulled out the sticks and used a magnifying glass to observe the sugar crystals that were formed on the sticks. 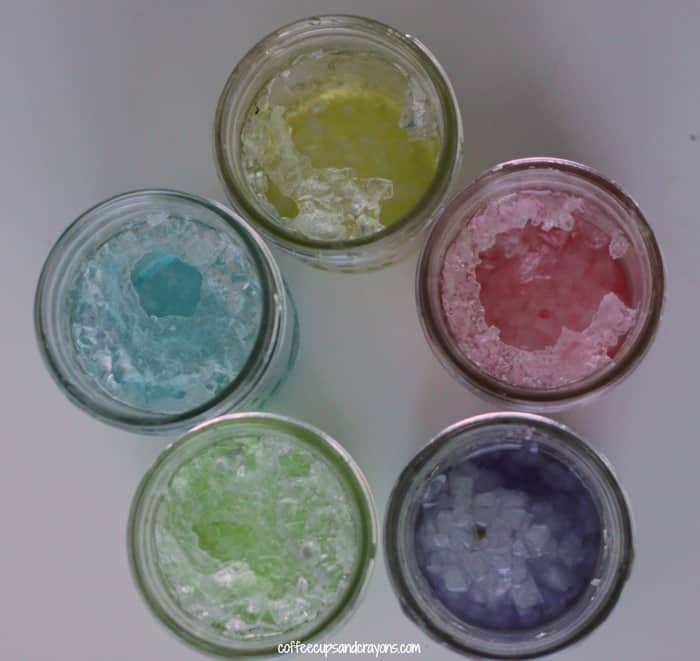 We also poured the water out of the jars and observed the crystals that grew inside the jars too!

Growing sugar crystals are such a pretty science experiment!

This is our last post in the summer science camp series, but that doesn’t mean the fun has to be over!

Simple science experiments are great to do any time of the year! Catch up on all of the science projects that were shared this summer.

At What Do We Do All Day?: Ice cube on a string,  Solar oven, Homemade compass, Balloon rocket race,Leak proof bag, Simple science lab, Science YouTube channels for kids