Now that school is over my kids are loving all of our free time, which is mostly being spent outside! Outdoor activities are a big hit with my own kids and are an easy way to add learning into our lazy summer days. Adding organized fun into our daily routine not only keeps the kids engaged, but also keeps them from driving each other bananas!

Recently, we put together a star water sensory bin that was refilled and played with a ton.  These star window stickers could have easily been added to the sensory bin, but playing with them on the backdoor was way more fun! 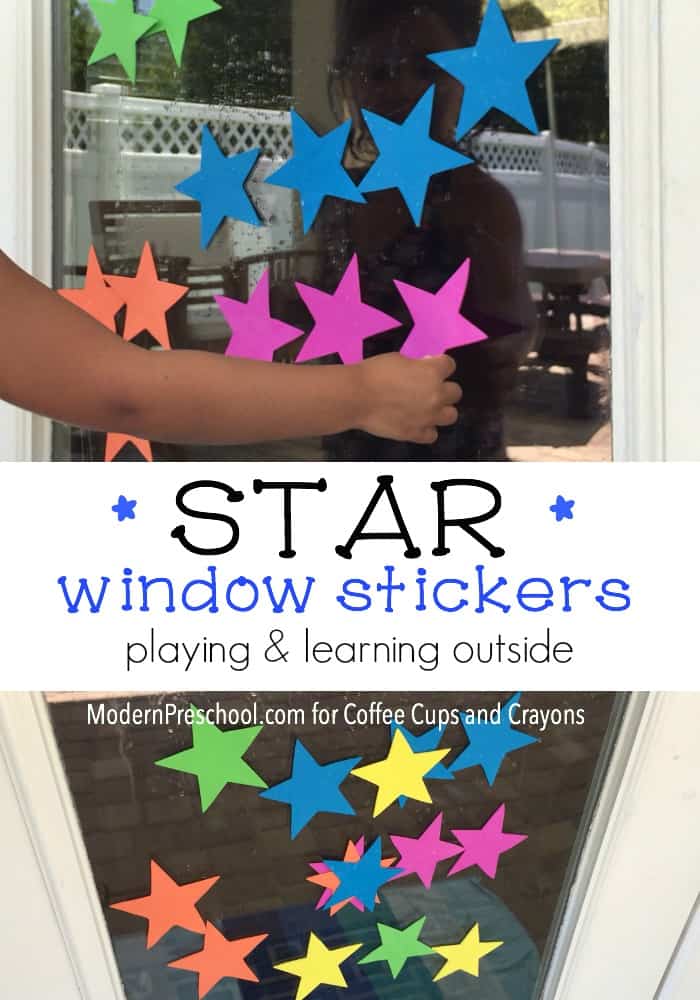 Creating the star window stickers is super easy and the supplies are simple!  The stickers are reusable, so once you make a set, your child can play with them over and over again!

Draw a star tracing pattern (or print one!) on cardstock or a file folder and cut it out.  Using a pattern that is cut out from a stiffer material makes it easier to use more than once.  You can trace the pattern on the craft foam and then cut out the stars.  I prefer to just set the pattern on the craft foam and cut around it.  This method is a time saver when your child is waiting to play!

Cut out stars all the same color and size, or different colors and sizes.  These star window stickers can be adapted to fit your play space and your child’s preferences!

When the stars are all cut out, fill your container halfway with water and drop the stars in.  Wiggle them around so that they all get wet.  Find the perfect window for your child to use with the star stickers.  Now it’s time to play! 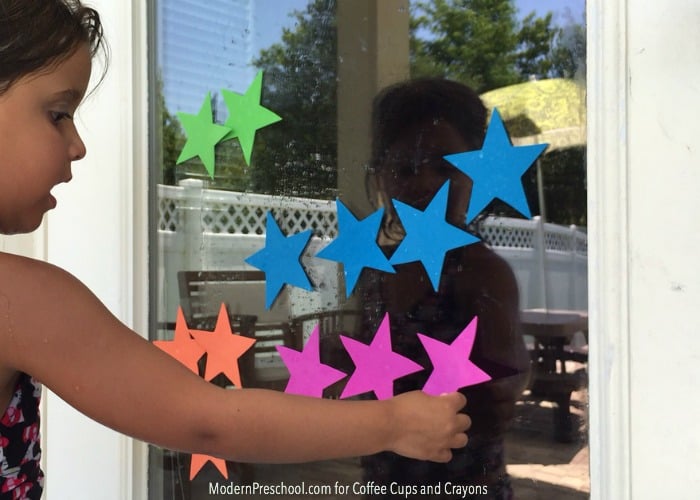 The container full of water and stars by itself is an awesome invitation to play.  Adding the element of a vertical surface to play on brings it to a whole new level of fun.  Just wait until your child realizes that the wet stars aren’t going to fall off and can be reused and re-stuck anywhere on the window!  My preschooler was beyond amazed when she first played with our ladybug counting game, and was still quite impressed with these stars!

My preschooler loved sticking the stars to the window.  She sang her own version of “Twinkle Twinkle Little Star” to go along with all of the star colors.  She tried stacking the stars on top of each other on the window to see how many she could stick together before they started falling off!  The stars were organized by color, and then she figured out how many of each colored star there was. 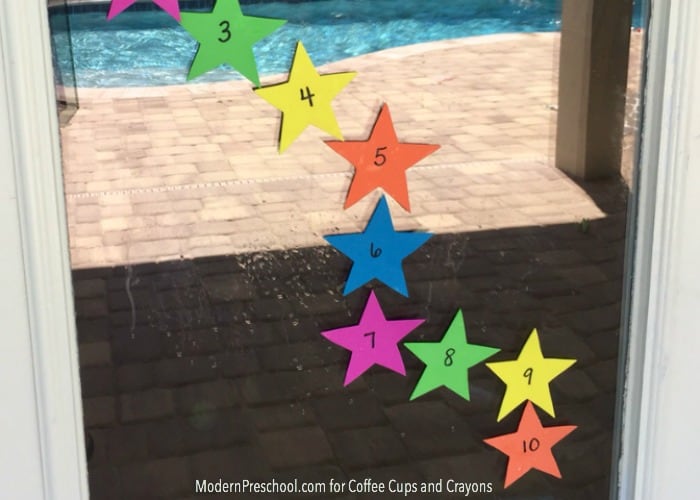 After a while, I wrote the numbers 1-10 on some of the stars with a Sharpie.  The permanent marker won’t wash off or smear when the stars get wet.  The stars instantly became a number game.  My preschooler rearranged the stars to be in correct number order.  Then she put them in order backwards from 10 to 1.  I made up a fun game where she had to close her eyes and I would mix up all the numbers.  When she opened her eyes, one star was missing and she had to figure out which one.

An outdoor memory matching game can be created by adding another set of numbers to more stars.  Simply take turns flipping 2 stars and trying to match the numbers.  Take the stars down each time a match is made.  This is a great way to practice number recognition! 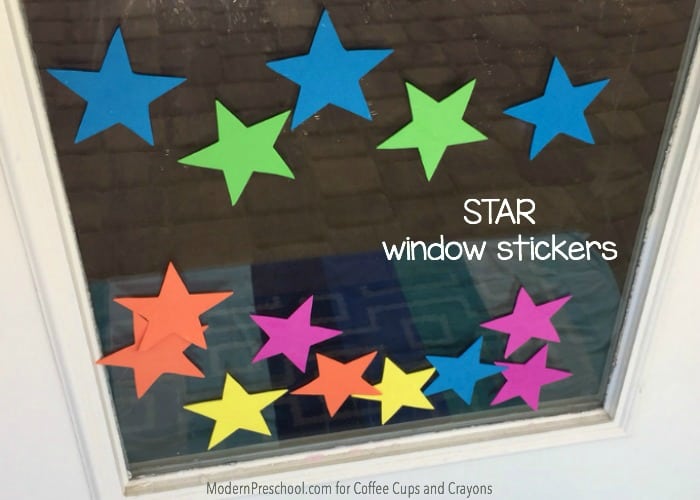 The math skills that can be taught with the star window stickers seem endless.  Besides counting, sorting, number recognition and number order, patterning can also be practiced with the stickers.  Practice the repetition of the pattern using 2 colors to begin with.  Add in a third color for more of a challenge.

Even though these star window stickers could technically be used on any window inside, bringing them outside to play with is way more fun!  And this way, when it’s time to clean up, just dump the water in the grass and lay the stars on a hand towel to dry.  After they are completely dry, store the window stickers in a ziploc until next time!