We had a blast participating in Tinkerlab’s Paper Bag Creative Challenge!  I talked up the Paper Bag Challenge all morning and then gave my 3 1/2 and 2 year old each a leftover red paper bag.  They picked out some art supplies and I left them alone to see what they would come up with… 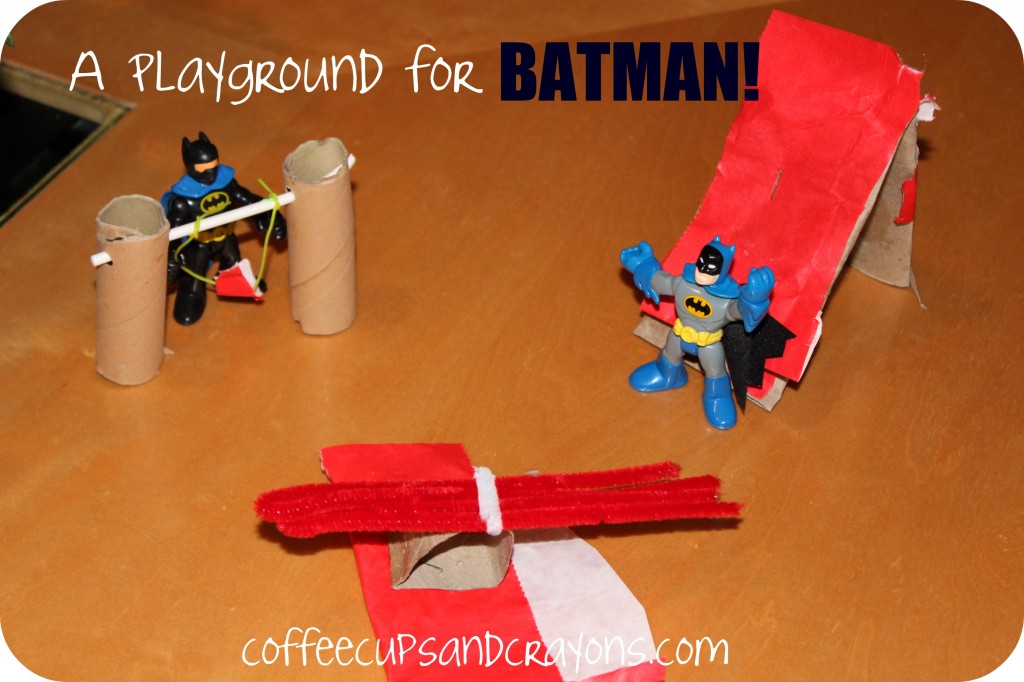 And a playground for Batman is what the 3 1/2 year old eventually created!  And while I was seriously impressed with his construction skills, what was even more exciting was watching his creation evolve from a dog leash to an octopus to the playground.  I had planned on taking more pictures, but ended up getting so caught up in what they were doing I missed documenting a lot of it. 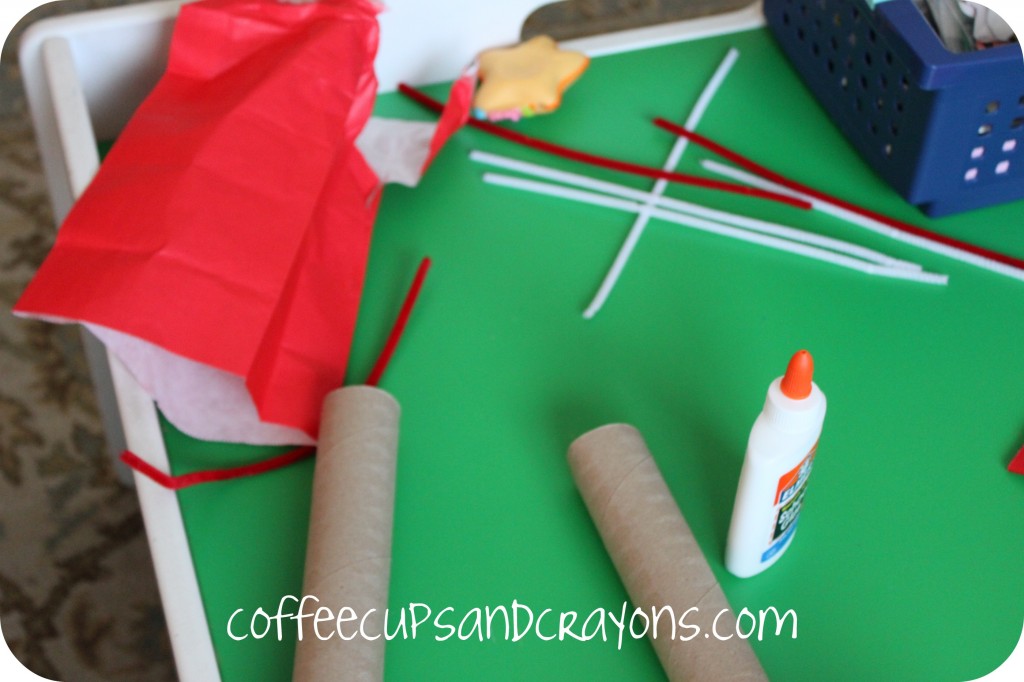 Here’s what they started with…just a couple items at first.  The 2 year old immediately put a hole through the bottom on her bag and started wearing it on her arm as a bracelet and the 3 year old twisted it up into a dog collar for his favorite stuffed animal. 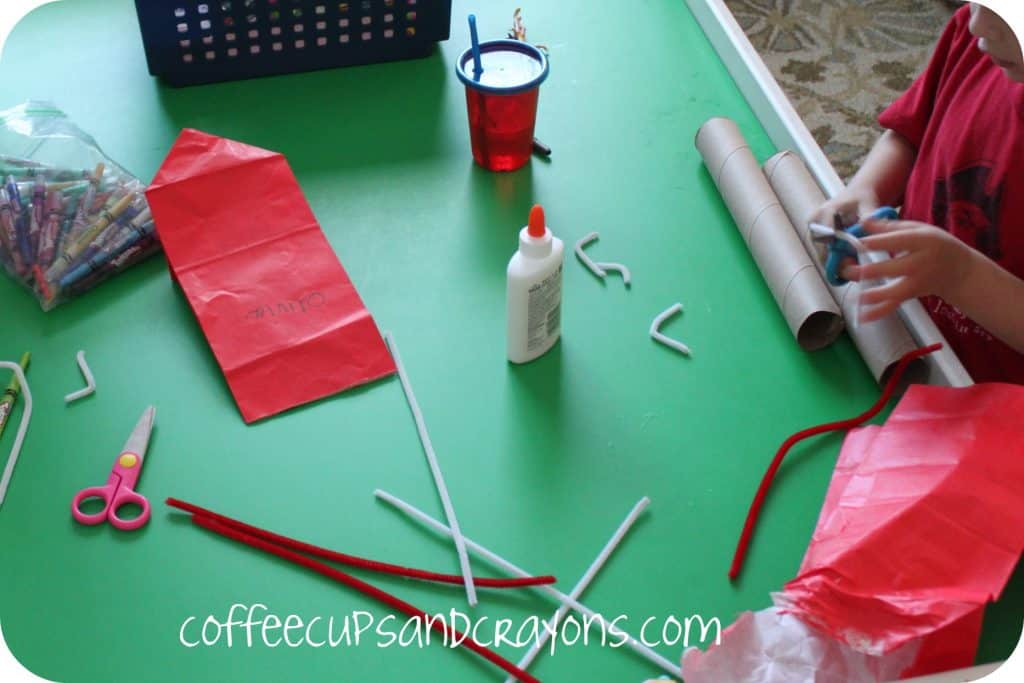 Until he spied the straws!  Then he un-twisted it and began to create an octopus! 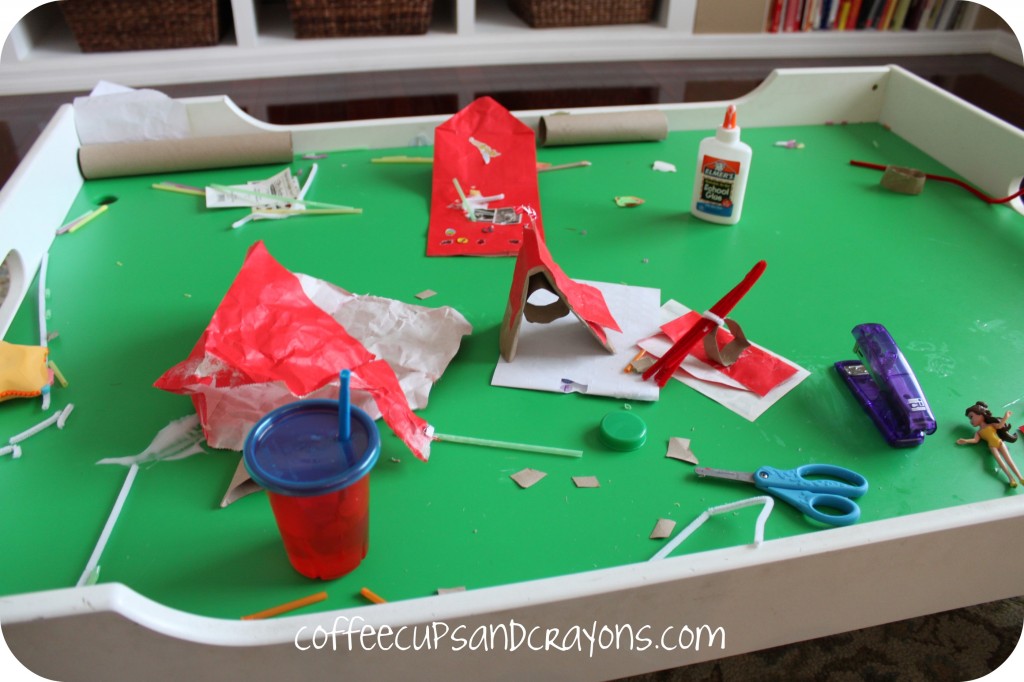 And then after he almost had an entire octopus together he began to take it apart and brace it with the paper towel roll.  And then before nap time we had a very fancy arm warmer and a slide and see saw for Batman! 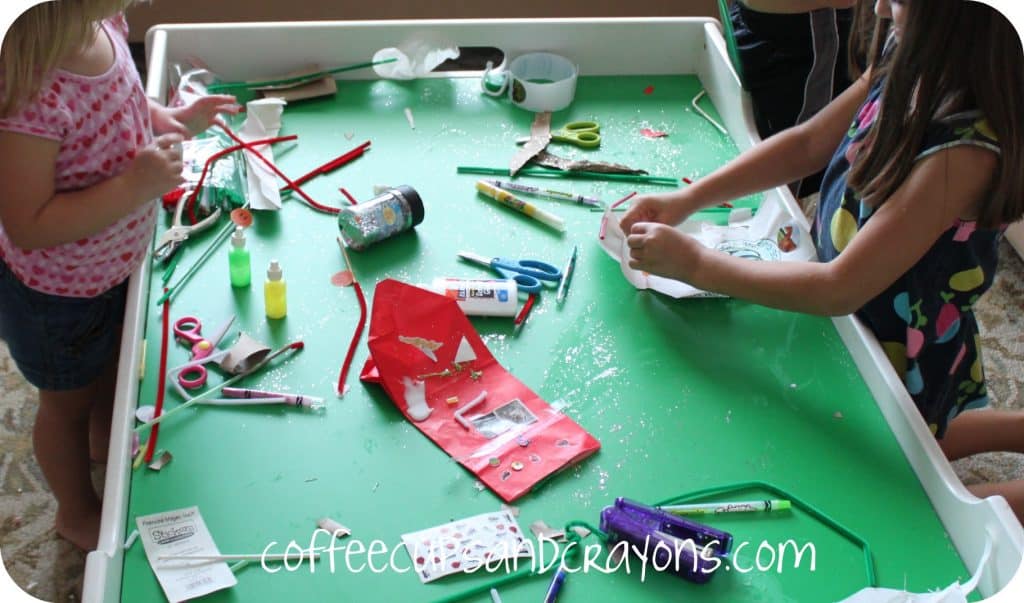 When my kindergartener got home she joined in the fun and tried to help solve the how-to-make-the-swings dilemma.  After a couple tries they were finally finished! 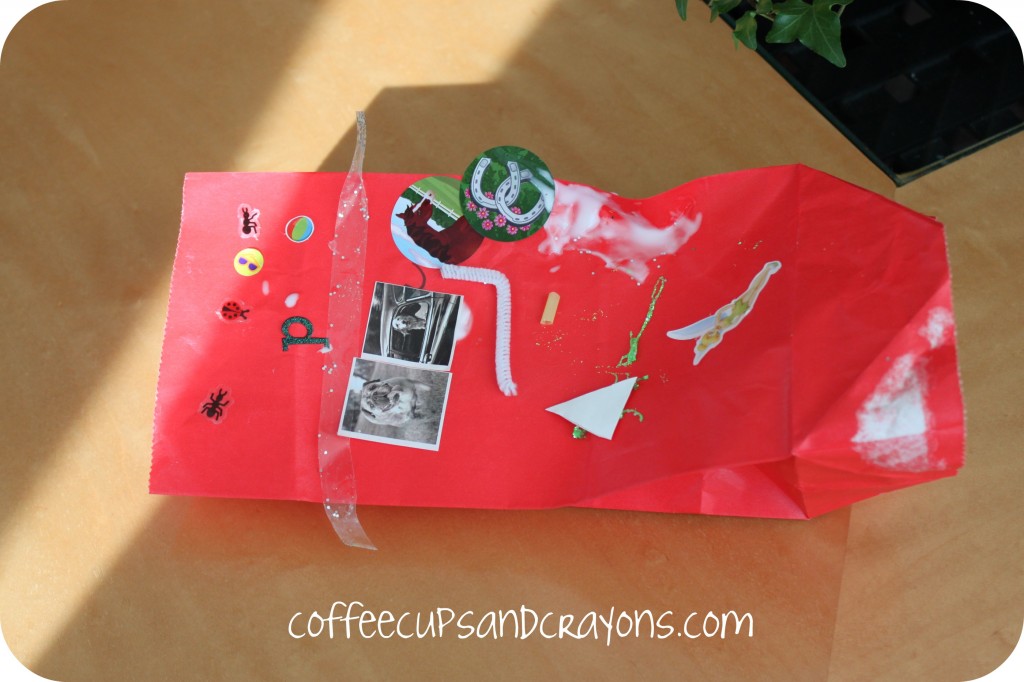 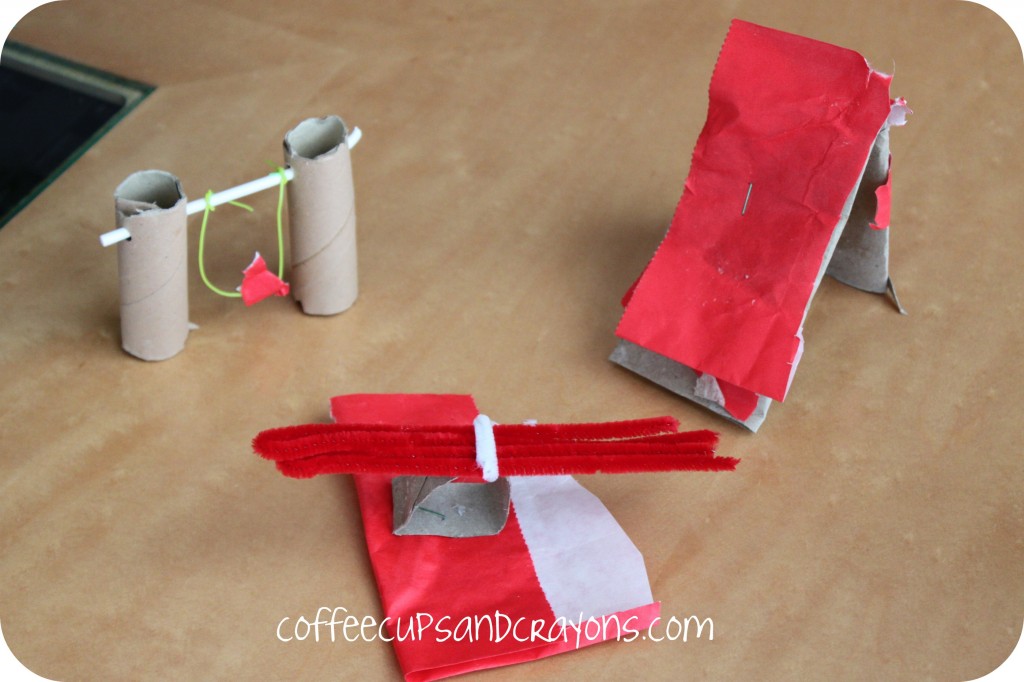 And a playground for Batman!  So fun!  And very useful.  The superheros have had a lot of fun on the slide and see saw, but sadly the swings didn’t really stand up to the demands of the superhuman!

Join the fun!  Head over to Tinkerlab and take the challenge!  This time there is even a cool giveaway based on the number of Pinterest repins each project gets – a project and Pinterest, what could be more fun!?!