We love science experiments for kids, especially when they involve candy! 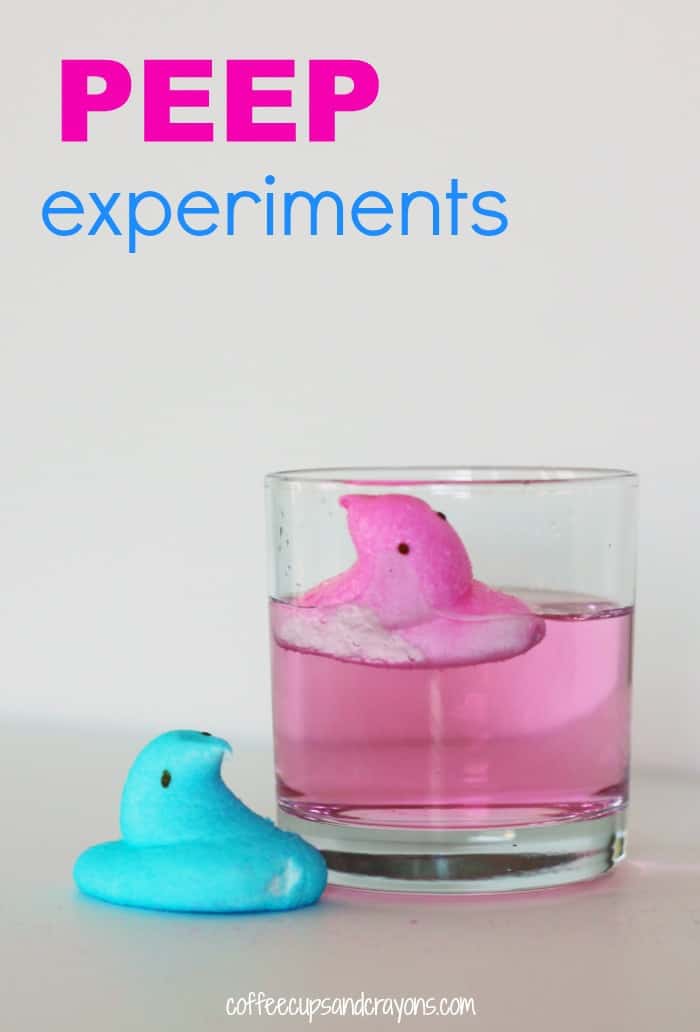 We decided to see what would happen when we added water, heat and coldness to them. And the results were pretty cool!

Before we began I created a PEEPs Experiment Sheet for the kids to make predictions, record their observations and draw conclusions with. Sometimes having an official “experiment recording sheet” motivates them more than just writing about what happened in their science journals. 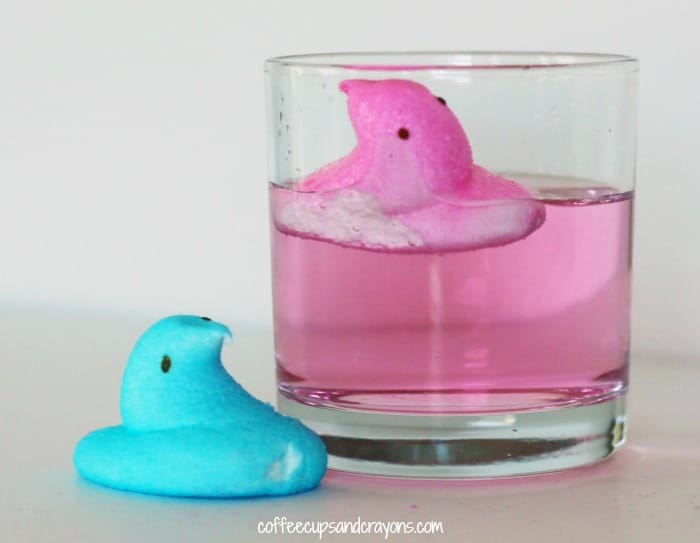 I gave each of the kids a cup of water and asked them to predict what they thought would happen when they put the Peeps in it. We talked about whether or not it would sink or float and if the Peep would dissolve.

They recorded their predictions and observations on the Peeps Experiment Sheet. We discussed what they saw and they wrote their conclusions on the sheet. 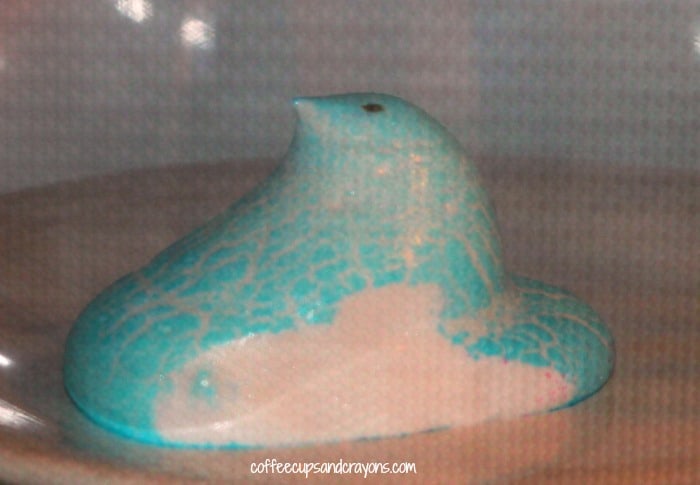 Next we added heat! The kids went through the same process to make a prediction and then we put the Peeps in the microwave. If you’ve never put a marshmallow or Peep in the microwave before it is pretty cool.

The heat makes the air in the marshmallow expand and it puffs up and grows before your eyes. We put ours in for about a minute and then they recorded their observations and conclusions on the sheet. 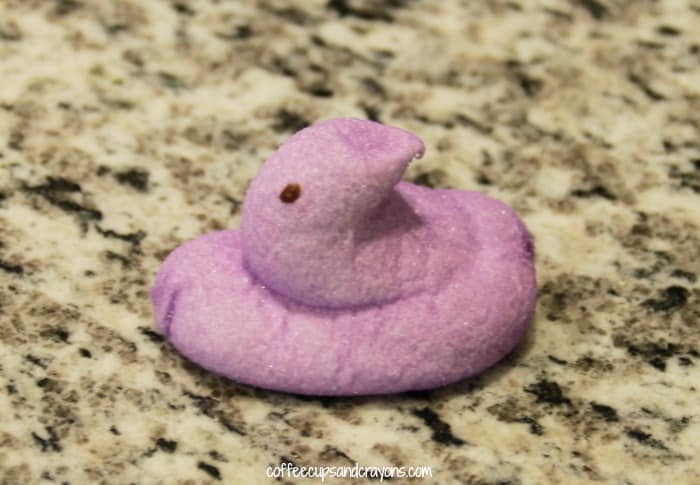 They recorded their observations and concluded that if the heat made the air molecules spread out then the cold must make them get closer together.

There are a lot of things to learn from Peeps!

Lemon Yogurt Cake
Tips for Taking Dinner On The Go