It’s time for another Tinkerlab Creative Challenge!  The kids love these challenges so much that sometimes I will find them “hosting” their own challenges for each other or their friends.  And I adore watching each of their creative processes.  Seeing how they create and modify and recreate until they are satisfied is fantastic.  You can actually see how they are thinking.

This month’s creative material is flowers.  I have to say that for me this material would definitely have been challenging, but not for the kids.  They right away decided that they wanted to work with fake flowers. 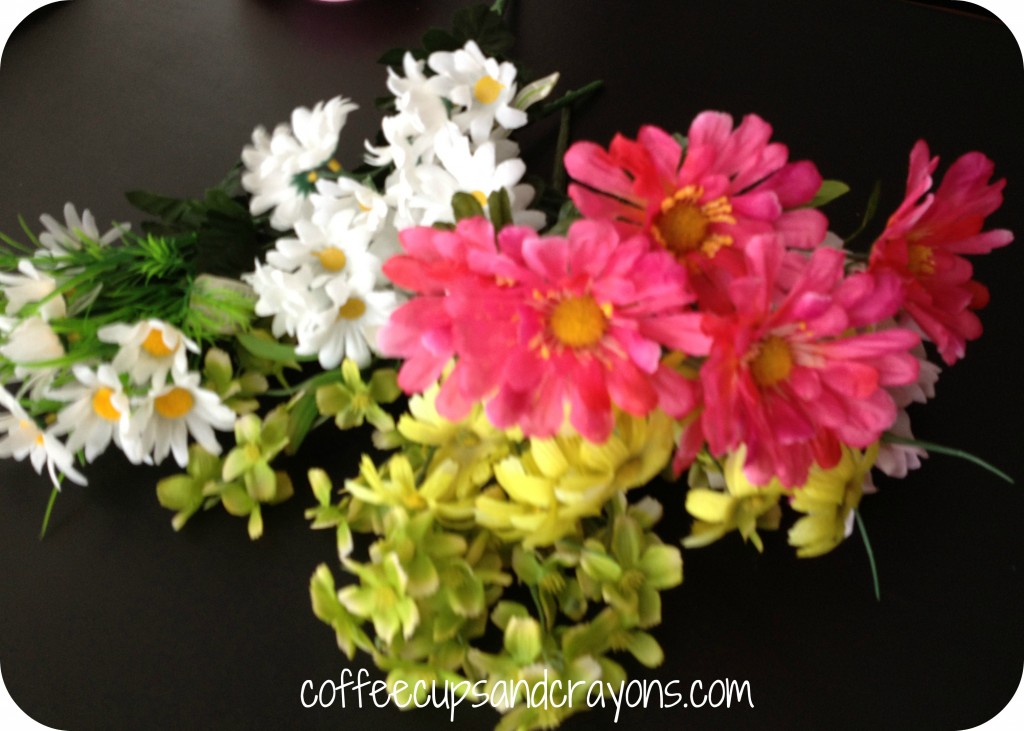 So we picked out some at the Dollar Store and invited some friends over to create with us. 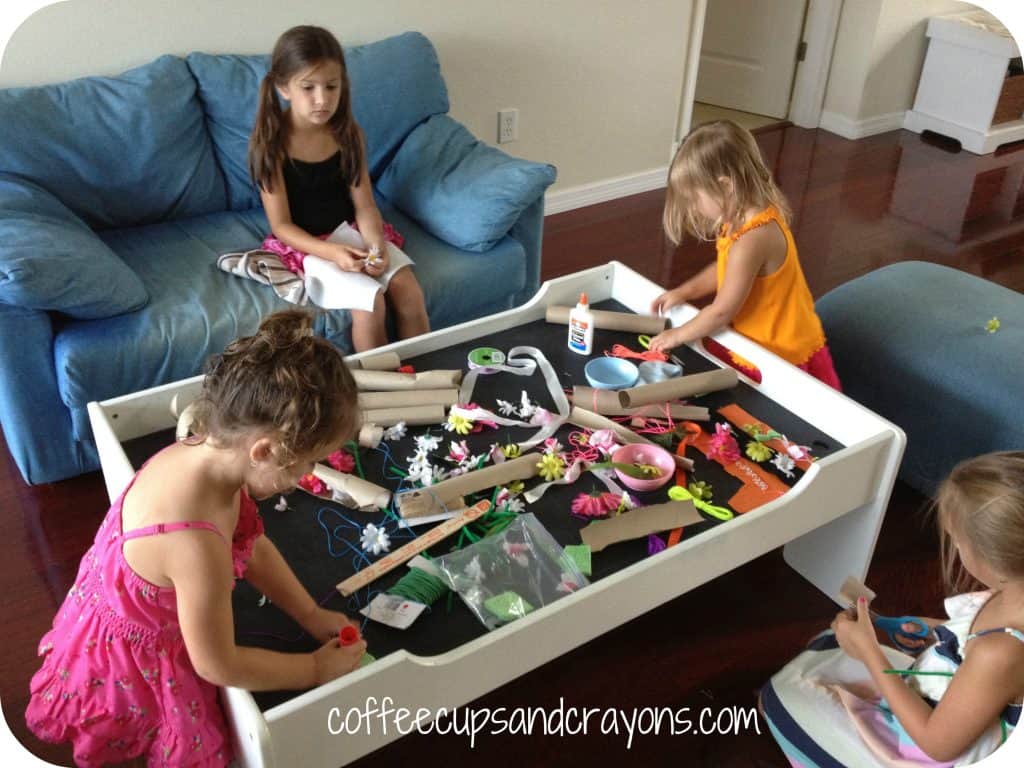 And create they did!  Our little group consisted of 2 kindergarteners, a 4 year old, an almost 3 year old, and a 2 year old.  They gathered lots of supplies from the craft room and got to work “figuring.”  They threw out ideas and tried out different things and worked very hard.  The 2 and 3 year old were much more interested in the non-flower supplies and created and cut and glued to their heart’s content while the 3 big kids finalized their creations.

And here’s what they came up with!

The 4 year old’s original idea was to make a bird house out of flowers.  Her had to modify his idea when he realized that flowers themselves would not be sturdy enough for birds to stand on.  He decided to use a milk jug as the house part and cover it with flowers.  He needed me to help him cut the jug and after I cut where he told me he decided it looked more like a bird feeder than a house.  So a bird feeder it became!

My little kindergartener saw the flowers and immediately wanted to make a fairy garden.  And actually almost finished making one when she decided that fairies would prefer real flowers.  After some tinkering she decided to make a blanket for her dolls.

Our little kindergarten friend had never done a Tinkerlab challenge before and couldn’t decide what she wanted to do at first.  She asked her friends for ideas and together they brainstormed many options.  After looking over the materials she decided that she liked the idea of making a hair clip holder the best. 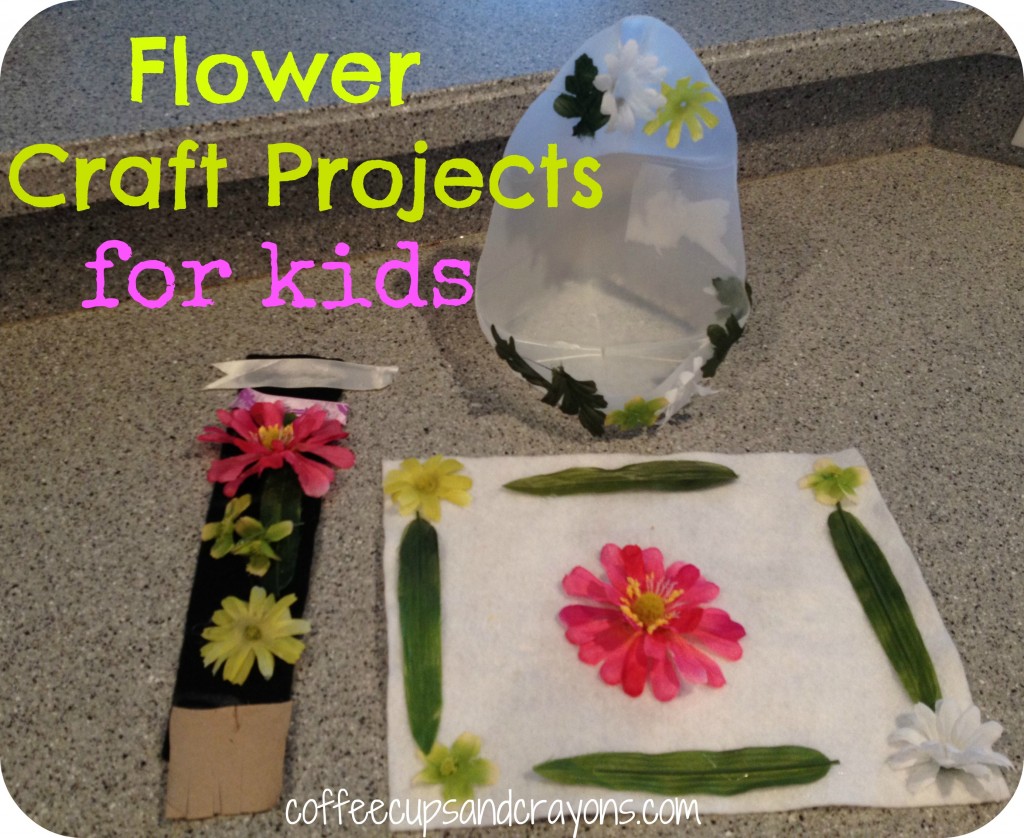 We had a lot of fun creating with flowers this month.  I highly recommend taking a Tinkerlab Creative Challenge if you haven’t already.  You’ll be amazed at the results!