Vowel sounds are hard to practice, especially the A, E, and I. To make the phonics practice fun we created a fun vowel sounds practice game with cups! 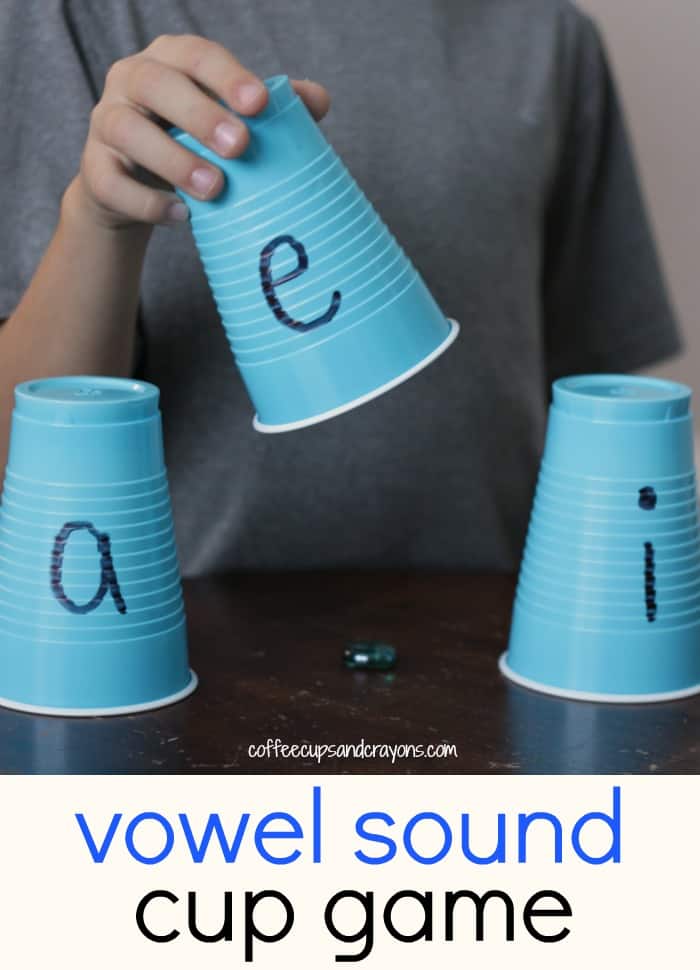 The vowel sounds can be harder to remember and reproduce correctly than the consonant sounds. To get in some extra practice I wrote 3 of the vowels on the cups and set up a simple phonics game. 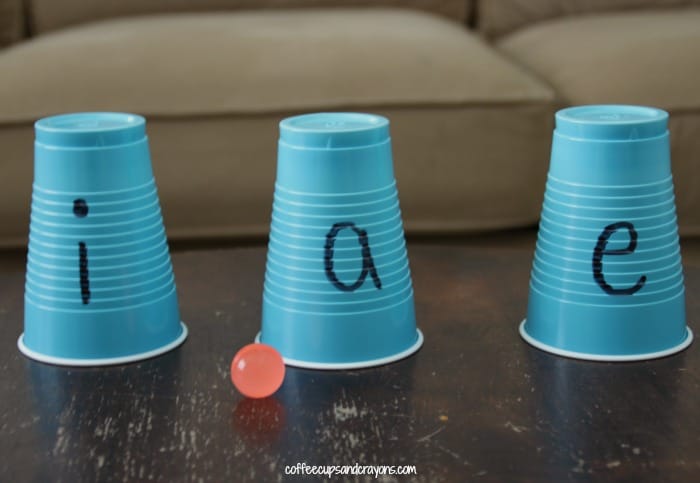 The kids took turns hiding the gem under a cup and then switching the cups around like the old shell game. The other child then guessed which cup it was under by saying the vowel sound they thought it would be under. 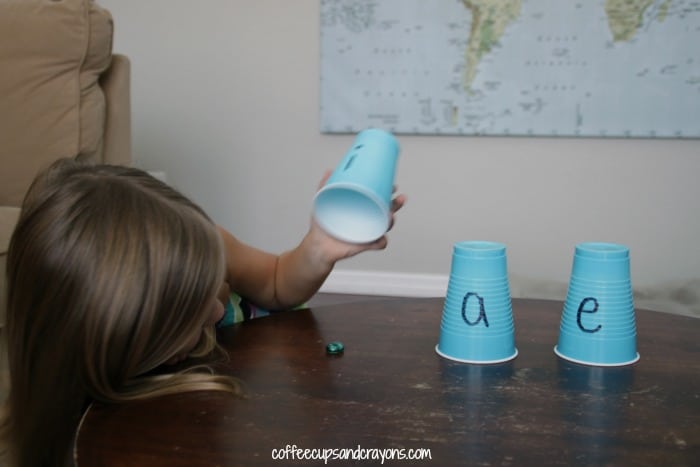 Moving and learning while practicing vowel sounds is a great way for kids to get them entrenched in their memories!

Other Ways to Move & Learn this week: